How Christians Might Think About the 2008 Presidential Election, Part 5 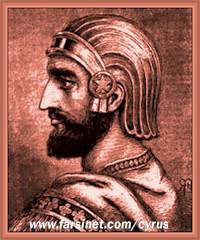 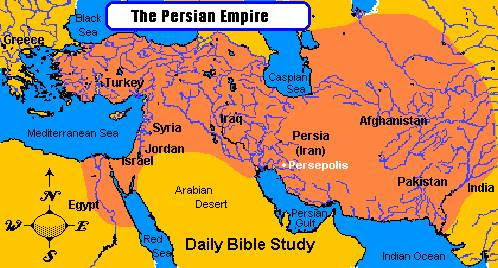 Several books in the Old Testament tell the story of the interaction between Cyrus, a king of Persia, and God's people, the Jews. The tale is confirmed by the Cyrus Cylinder, a clay barrel on which the ruler told about his exploits. According to Bernhard Anderson:

The Cyrus Cylinder...is a first-hand historical witness to the jubilation produced by the advance of the Persian army in the middle of the sixth century B.C. Cyrus' benevolent policy was a welcome relief from Babylonian tyranny, both to the Babylonians themselves, who in high anticipation opened the doors of their cities and their hearts to him, and to the many captives under his rule.

Those relieved captive peoples, conquered in succession by the Assyrians and then the ruthless Babylonians, included God's people, the Jews.

Apparently Cyrus understood the futility of trying to lash people of diverse backgrounds and national traditions into subservience...Cyrus seems to have understood the limitations of power, or perhaps he realized that the emperor who enjoys honor and loyalty from his people also enjoys an increase in power.

Later in Cyrus' dominion over God's people, he produced a political master stroke, appointing Sheshbazzar, an heir of the Davidic line of kings, to serve as overseer of God's people.

The points of this historical excursus are rather simple:

In the first year of King Cyrus of Persia, in fulfillment of the word of the Lord spoken by Jeremiah, the Lord stirred up the spirit of King Cyrus of Persia so that he sent a herald throughout all his kingdom and also declared in a written edict: “Thus says King Cyrus of Persia: The Lord, the God of heaven, has given me all the kingdoms of the earth, and he has charged me to build him a house at Jerusalem, which is in Judah. Whoever is among you of all his people, may the Lord his God be with him! Let him go up.” (2 Chronicles 36:22-23)

History shows that there have been many civil leaders who have claimed to be Christian, but been tyrants. There have also been those who've claimed other faiths and been benevolent, enlightened, and effective leaders.

In our context, I think this means that the religion of a candidate for President is relevant only insofar as it acts as a true indicator of his or her values and worldview.

An openness to the possibility of voting for candidates of other faiths is, I think, the fifth lens through which Christians in the United States might think about the 2008 Presidential race.

Article 6 of the United States Constitution says that there can be no religious test for holding federal office. That's as it should be. I want to live in a pluralistic society in which all religions are allowed equal access to the market of ideas. (I'm convinced that whenever the Good News of Jesus Christ is shared and lived in a society in which others can share their faiths as well, that more often than not, people will choose to follow Christ.) I don't want us to have a religious test for elected public officials. I think that such tests would be both un-American and un-Christian. From a Biblical perspective, Christians can, in good conscience, vote for non-Christians for any public office.

But I also think that it's legitimate for Christians to learn about the world views of political candidates. That includes gaining an understanding of their religious lives. Such inquiries don't revolve around Christians seeking assurances that candidates don't really subscribe to the tenets of their faiths, but in a desire to understand how their religious beliefs intersect with their political beliefs and how they live their lives. Another reason to probe the religious beliefs of candidates is to discern their willingness to abide by Article 6.

[Above: The Cyrus Cylinder, an image purportedly of Cyrus, his tomb, and a map showing his empire. Click on any of them to see them in enlarged form.]
Posted by Mark Daniels at 9:48 PM