Posted this on Facebook this morning (this is a slightly edited form):

The Cavaliers competing in the play-offs and finals has caused me to do something I haven't done in over thirty years: Watch more than just clips of NBA games.


I've actually watched about ten minutes of live action in the past three weeks!

Really happy for Cleveland and for Ohio, of course. That's why I've looked in on the games.


But I love basketball, which is why I don't usually watch the NBA. These recent brief look-ins have reminded me of why. A defender, for example, almost has to set off grenades in the uniforms of an opposition player to draw a foul.


Basketball is supposed to be a non-contact sport.

I can understand occasional hand-checks.

Or brushes and hard stops on pick and rolls.

But not wrapping arms around opposing players.

Not barely noted intentional elbows to skulls, resulting in an opposing player's head crashing to the hardwood.


I don't like any of this and hate how, through emulation, it has infected the college game too. But the NCAA is not yet as bad as the Not Basketball Association. 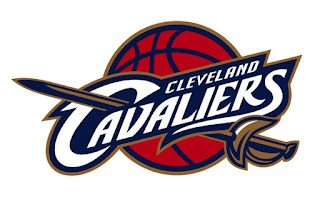