A 99-year-old biomedical engineer, best known for limericks that commented on the news...

...has died. Dr. Larry Eisenberg, also a writer of science fiction, became known in later years for writing witty, pointed lyrics in response to articles on the online version of The New York Times. He wrote more than 13,000 commentaries in limerick form, all after 2008. Eisenberg also "helped develop a transistorized, battery-operated cardiac pacemaker, which was considered a vast improvement over the wire-laden earlier models." (For this I'm deeply and personally grateful!)

I find it interesting that his most prominent scientific achievement involved helping hearts (like mine) beat in a healthy rhythm and that he did political commentary with rhythm, rhyme, and meter. Born in a different generation, he might have become a rapper.

Eisenberg's first letter-to-the-editor limerick was a condemnation of a proposed policy of gradual withdrawal from Iraq shared in an OpEd piece by then-Senator Barack Obama during the 2008 election campaign:

With “limited missions,” ah, so,

It’s a sure way to stay.

And when Donald Trump was elected, Eisenberg was also inspired by his muse to pen a limerick:

A mauler, a grabber, abuser,

A do whatever you chooser

So, when it came time to write Eisenberg's obituary, the Times rose to the occasion:

Larry Eisenberg, whom we well know,

Has died (and his age is below).

He opined on the news

(As we used to routinely say in the heyday of blogging, H/T to Ann Althouse, for linking to this story on her blog) 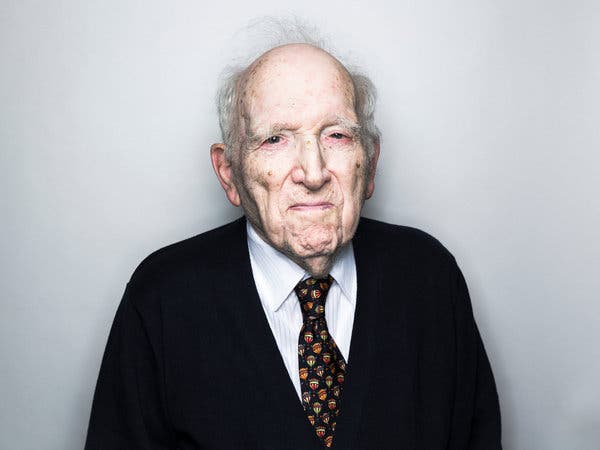 [I'm the pastor of Living Water Lutheran Church in Centerville, Ohio, and I'm a fan of clean limericks.]
Posted by Mark Daniels at 1:36 AM