"It's Not Your Birthday"

That's the title of this post from Allen White. He considers the hypermaterialism with which we usually celebrate Christmas and makes four good suggestions for changing things:
Specific to suggestion #3 above, it's worth remembering this past Sunday's Gospel lesson. In it, Jesus portrays the day when, having returned to earth, He will judge all people.

Jesus is served, we see, when we give food to the hungry, give drink to the thirsty, welcome the stranger, provide clothing for the naked, care for the sick, and visit the imprisoned.

When we provide for those who can't possibly return the favor, we "buy a present for Jesus." So, donate or volunteer at a local food bank. Or, give to Lutheran World Relief or World Vision. Honor Jesus, Who gave His life for You on a cross. Buy a present for Jesus this Christmas.

The world and we ourselves are better when we do that.
Posted by Mark Daniels at 4:22 PM 1 comment:

Email ThisBlogThis!Share to TwitterShare to FacebookShare to Pinterest
Labels: Matthew 25:31-46

That's the name of this inspiring piece, which contains this important reminder:


No follower of Christ should feel reluctant to seek counsel for depression. Nor should we feel that faith and prayer are too simplistic to help. There is always hope in God!

Posted by Mark Daniels at 12:30 PM No comments:

10 Things to Be Thankful For 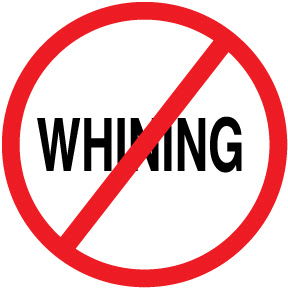 Posted by Mark Daniels at 6:13 PM No comments:

Email ThisBlogThis!Share to TwitterShare to FacebookShare to Pinterest
Labels: Thanksgiving

[This was shared during worship with the people of Saint Matthew Lutheran Church in Logan, Ohio, earlier today.]

Ezekiel 34:11-16, 20-24
In his book, Too Busy Not to Pray, Bill Hybels tells about a day at his church in the Chicago area when lots of people were baptized. All were adult converts, many of them people who had spent years walking without God or away from God. But on this day they found themselves welcomed into the Lord’s family, the way little McKenzie was at our baptismal font a few Sundays ago.

Hybels was understandably excited. But after the service, he found a woman crying in a church stairwell.

“Are you all right?” he asked. “No,” she answered. “I’m struggling. My mother was baptized today.”

Hybels wondered what the problem was. The woman went on, “I prayed for her every day for twenty years.”

“I’m crying,” she said, “because I came so close—so close—to giving up on her…at five years, I said, Who needs this? God isn’t listening. After ten years I said, Why am I wasting my breath? After nineteen years, I said, I’m just a fool. But I…just kept praying, even though my faith was weak. I kept praying…and she was baptized today. I will never doubt the power of prayer again.”

We can rightly be impressed by that woman’s perseverance in prayer.

But, even more impressive to me is the perseverance of the God to Whom she prayed.

The Bible teaches us that it’s God Who gives us the capacity to believe despite our doubts. It was God who incited that woman to keep praying for her mom when she felt like giving up. It was God Who never gave up on her mother as a hopelessly lost sinner.

The God ultimately revealed to the world in Jesus Christ is absolutely relentless in reaching out to us, in caring about us, in desiring a relationship with us. He will go to any lengths to make those things happen.

Ezekiel lived six centuries before the birth of Jesus. He was part of a group of Jews, the elite of their country, captured and sent to Babylon to serve the king there as bureaucrats and courtiers in 597 BC.

When he was thirty, while living in Babylon, God called Ezekiel to be a prophet.

The work God gives to prophets is thankless. That was especially true for Ezekiel. God gave him a succession of messages, mostly for his fellow Jewish exiles in Babylon, that they didn’t want to hear at all.

That’s because, in Babylon, the exiles led fairly cushy lives. Sure, they no longer lived in the land God had given their ancestors, but their bellies were full, they had roofs over their heads, and they enjoyed luxuries. (It's amazing how cheaply we'll sell out what's important, even God, for our creature comforts!)

So, when God sent Ezekiel to tell his fellow exiles that their homeland would soon be crushed and that all of God’s people would be scattered and hounded by enemies unless they and all the people back home turned from sin and trusted in God once more, Ezekiel’s fellow exiles laughed it off. Many went to hear him just to be entertained.

The exiles were like many churchgoers who like the sound of the pastor’s voice or the playing or singing of musicians, but have no intention of surrendering their lives and wills to Christ.

So, the exiles, like their countrymen back home, kept worshiping other gods, acceding to the sacrifice of children to those gods (a horrific form of child abuse), mistreating the foreigners in their midst, ignoring the needs of widows, stealing from one another, violating each others’ wives, and depending on the military power of foreign allies rather than on God alone.

God’s people had moved so far away from a relationship with God that, through Ezekiel, God said unless they repented and trusted in Him alone, He would soon wipe Israel, Jerusalem, and the temple off the map. God would execute judgment on His people and do it through a conquering foreign power whose kings and people didn’t even believe in Him.

God incited Ezekiel to persevere in sharing this message because God was so relentless in His love for His people: Though His people jilted Him over and over, God still wanted them back.

Ezekiel’s exile audience laughed off these prophecies until 586 BC, when Babylon overran God’s people, destroyed the temple, and sent the Jews running in terror. The laughing stopped.

Long before this point, a reasonable person would say that God would have been justified in giving up on Israel…and on the whole sorry human race, for that matter.

But as long as we have breath, God will never give up on us.

God won’t give up on you.

“As I live,” God instructed Ezekiel to prophesy, “I have no pleasure in the death of the wicked, but that the wicked turn from their ways and live; turn back, turn back from your evil ways; for why will you die, O house of Israel?”

Even in prophecies God ordered Ezekiel to share with foreign nations, God showed Himself to be relentless in His desire that all people—Jews and Gentiles—to turn to Him and live.

It’s because of this very desire on God’s part that Jesus has commissioned we Christians to make disciples of all nations.

In our lesson, we see that God presents Ezekiel with a vision of a new future God wants to give Israel and all people. To people all over the world, scattered by their sins and the sins committed against them in this fallen world, in verse 11 of our lesson God says: "I Myself will search for My sheep and will seek them out.”

And in verse 23, God says that the shepherd will also be a descendant of David.

Six hundred years before Jesus’ birth, God said that He would be the Shepherd King Who would come to His own people as a humble human servant in order to take us to Himself once again.

Jesus, of course, God in human flesh, is the same Shepherd King Who spoke through Ezekiel and six hundred years later would Himself say, “I am the good shepherd. The good shepherd lays down His life for the sheep.”

In my work as a pastor, I find there are two major ways people look at God that keep them from trusting their lives and concerns to God.

The first way was expressed by a woman in a former congregation when she told me that she never prayed. “I don’t think that I could ever ask God for anything," she said. "I wouldn’t want to bother him.” She thought that God was too big, too busy, and too important to care about her.

Another wrong way that people look at God is to see God as powerless. A member of my extended family once told me, “Look, Mark, God may have started this world up. But He’s done all that He can. It’s up to us to keep it going.”

But on this Christ the King Sunday, we affirm that God is neither too busy for us nor too powerless to help us!

For sure, there are things that happen to us in this fallen and imperfect world that we can’t explain. But we still affirm that God cares about us and has the power to give us life with God that never ends.

God is our Shepherd King, so relentless in His love for us that He searches us out no matter how lost we may be, so persevering in His love that He takes on our humanity and though sinless Himself, willingly receives the punishment for sin we deserve, then rises from death to give new and everlasting life to all who believe in Him.

Maybe today you feel that, like the Israel of Ezekiel’s day, you’ve wandered too far from God.

Maybe your life feels rudderless or you realize that you’ve fallen into patterns of sin that are walling you off from God. God wants to be your Shepherd King.

No matter where we are spiritually, whether we are mature believers, as I hope one day to become, or people far away from God, we can always use more of Jesus.

Say that prayer with me right now, so that you’ll remember it later: “Lord Jesus, I am Yours; save me.”

God, the Shepherd King Who we know through Jesus, will take to Himself anyone who so surrenders to Him!

He can forgive our sins.

He can give us the power to resist the temptations that threaten to take over our lives.

He can heal our hurts and lighten our burdens.

He can set us free to be more than the mere products of our environments, our genetics, or our sinful impulses.

He can move all who surrender to Him toward becoming the people God means for us to be: free and hopeful, faithful and in sync with our Maker, no longer imprisoned by our past and confident that our future is in the hands of Christ!

As long as we are still on this earth, God will never give up on finding us, saving us, and making us His own.

And He will never tire of keeping us as His own for all eternity! Jesus Christ, God enfleshed, is our Shepherd King!

In Jesus Christ our King, fully God and fully human, we meet a God Who understands us and all that we go through. He is never too busy to hear from us. And He is big enough and great enough to give us new life now and in eternity.

That’s worth remembering not just on this last day of the Church Year, but every day of our lives. Amen
Posted by Mark Daniels at 7:35 PM No comments: