Charleston by the Harbor

Our farewell look at Charleston, South Carolina, just before leaving. The Citadel there was the site for the 2014 North American Lutheran Church convocation. If you were standing where this pic was taken, Fort Sumter would be off to your right.

The college proved to be a very good host.

And the people of Saint Timothy Lutheran Church of Goose Creek, South Carolina, provided participants in all the Lutheran events happening on campus last week with shuttle service from the parking lots to the meeting venues. 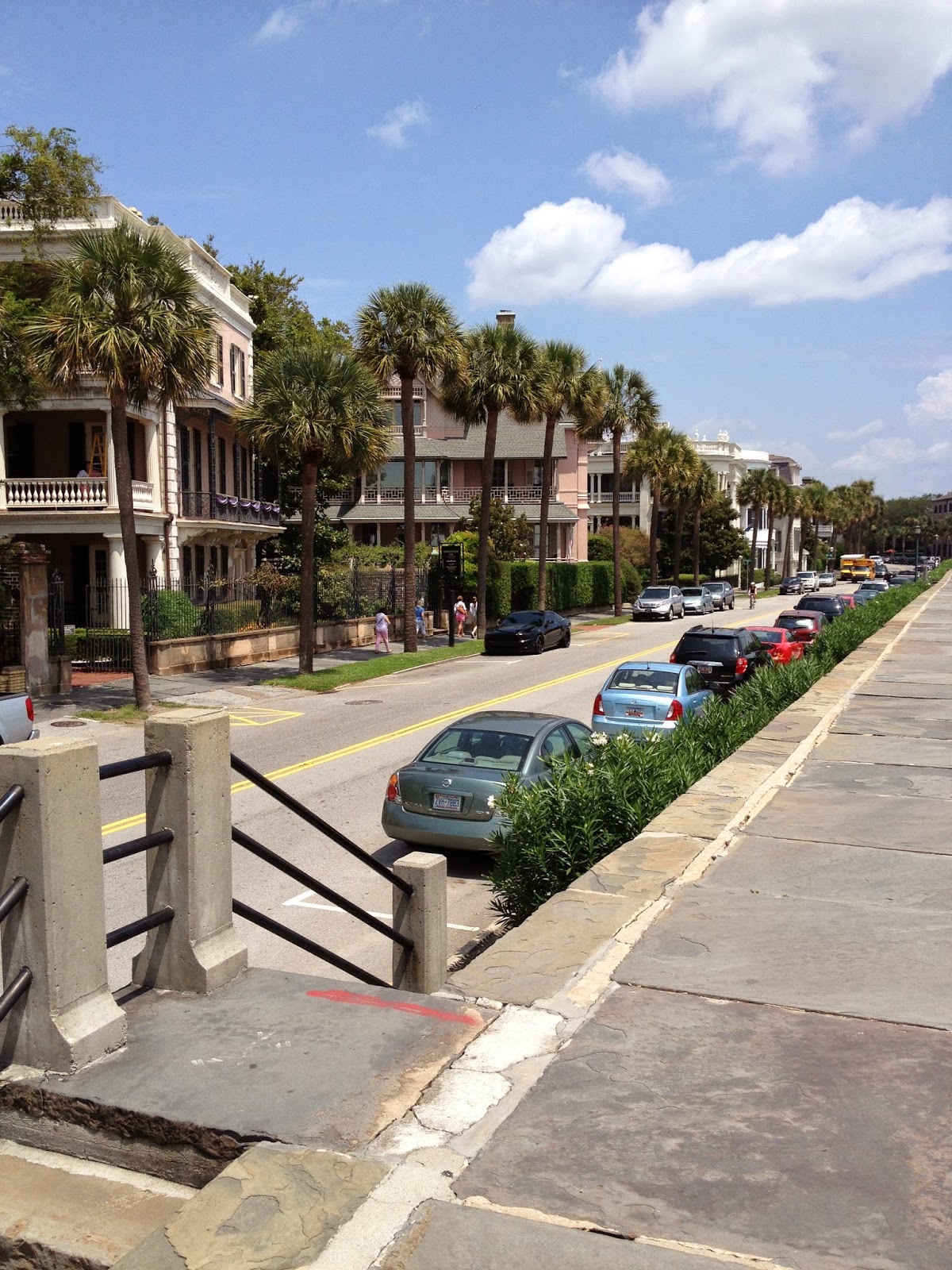 Posted by Mark Daniels at 12:45 AM No comments:

Ever Wonder Why People Are Prone to Buying Old Junk?

And why some firms market nostalgia?

This may be part of the explanation:

Science Shows Why Marketers Are Right to Use Nostalgia

Nostalgia, by heightening feelings of connectedness, reduces people’s desire for money, says a team led by Jannine D. Lasaleta of the Grenoble School of Management in France. In one experiment, nostalgic feelings increased people’s willingness to pay for desired objects. In another, participants who were asked to draw pictures of coins drew them 10% smaller after writing about a nostalgic event. Inducing warm feelings about a cherished past could bring big benefits for those seeking to part consumers from their money, the researchers say.
SOURCE: Nostalgia Weakens the Desire for Money
Posted by Mark Daniels at 8:42 AM No comments:

Hell's Disruption of Marriage and Relationship


Screwtape reveals Hell’s intentions for human marriage: The Enemy’s demand on humans takes the form of a dilemma; either complete abstinence or unmitigated monogamy. Ever since our Father’s first great victory, we have rendered the former very difficult to them. The latter, for the last few centuries, we have been closing up as a way of escape. We have done this through the poets and novelists by persuading the humans that a curious, and usually shortlived, experience which they call ‘being in love’ is the only respectable ground for marriage; that marriage can, and ought to, render this excitement permanent; and that a marriage which does not do so is no longer binding.

This idea is our parody of an idea that came from the Enemy. The whole philosophy of Hell rests on recognition of the axiom that one thing is not another thing, and, specially, that one self is not another self. My good is my good and your good is yours. What one gains another loses. Even an inanimate object is what it is by excluding all other objects from the space it occupies; if it expands, it does so by thrusting other objects aside or by absorbing them. A self does the same. With beasts the absorption takes the form of eating; for us, it means the sucking of will and freedom out of a weaker self into a stronger. ‘To be’ means ‘to be in competition’.

I-O! Do Ohioans have the most pride in their state? By one measurement, the answer is a decided, "Yes!"
Posted by Mark Daniels at 10:53 PM No comments:

Email ThisBlogThis!Share to TwitterShare to FacebookShare to Pinterest
Labels: Ohio

File this under "things that make you go, 'Hmmm'":


An analysis of a large representative sample of young Americans confirms this prediction.  Net of a large number of social and demographic factors, more intelligent children grow up to be more nocturnal as adults than less intelligent children.  Compared to their less intelligent counterparts, more intelligent individuals go to bed later on weeknights (when they have to get up at a certain time the next day) and on weekends (when they don’t), and they wake up later on weekdays (but not on weekends, for which the positive effect of childhood intelligence on adult nocturnality is not statistically significant).  For example, those with a childhood IQ of less than 75 ("very dull") go to bed around 23:41 on weeknights in early adulthood, whereas those with a childhood IQ of over 125 ("very bright") go to bed around 00:29.

As the insomniac son of an insomniac father and the father of two night owl children, I have to say that the implications of this research appeal to my ego. Given the lost sleep I've experienced in sixty years, I must be a genius. (I'm definitely not!)

Two things keep me from saying that late-night people are more intelligent than younger people:

First, there's the fact that this research studied only younger people. What's the cumulative effect of all those sleep-deprived nights on one's intelligence? Not good, I would think.

Second, just anecdotally, taken as a whole, early risers I've known have seemed to be at least as intelligent as night owls.

Whatever...I'm hitting the sack soon.
Posted by Mark Daniels at 10:42 PM No comments:

"I'm spiritual, not religious"; not so much

On airplanes, Lillian Daniel, a pastor, says she dreads it when the passenger in the next seat learns what work she does. "I'm spiritual, not religious," the other passenger often says, in a line I myself have heard dozens of times from people explaining their spiritual disconnectedness.


Being privately spiritual but not religious just doesn't interest me. There is nothing challenging about having deep thoughts all by oneself. What is interesting is doing this work in community, where other people might call you on stuff, or heaven forbid, disagree with you. Where life with God gets rich and provocative is when you dig deeply into a tradition that you did not invent all for yourself.

Amen! As a Christian, I believe that Jesus Christ founded His Church as a community for those who follow Him not only to be comforted and reassured, but also challenged and set straight.

If you're not connected to a church community, there's little chance that you're spiritual. You're just someone with a few hobby horse ideas and nobody to tell you that you're full of it.

[Thanks to Pastor Eric Swensson (@KinderEric) for turning me onto this article.]
Posted by Mark Daniels at 12:04 AM No comments:

Rowan Williams, one-time Archbishop of Canterbury, is extolling the virtues of The Jesus Prayer, a simple prayer that has its roots in the Orthodox Christian tradition.

I had been ignorant of the Jesus Prayer until fairly recently.

God, make me courageous and consistent. You know how I have failed You. Help me turn to You and be the person You want me to be, moment to moment. In Jesus' Name.
Posted by Mark Daniels at 9:50 AM No comments:

Email ThisBlogThis!Share to TwitterShare to FacebookShare to Pinterest
Labels: Our Daily Bread, Prayer