But now you have a sound basis for asserting it.

Posted by Mark Daniels at 11:57 PM No comments: 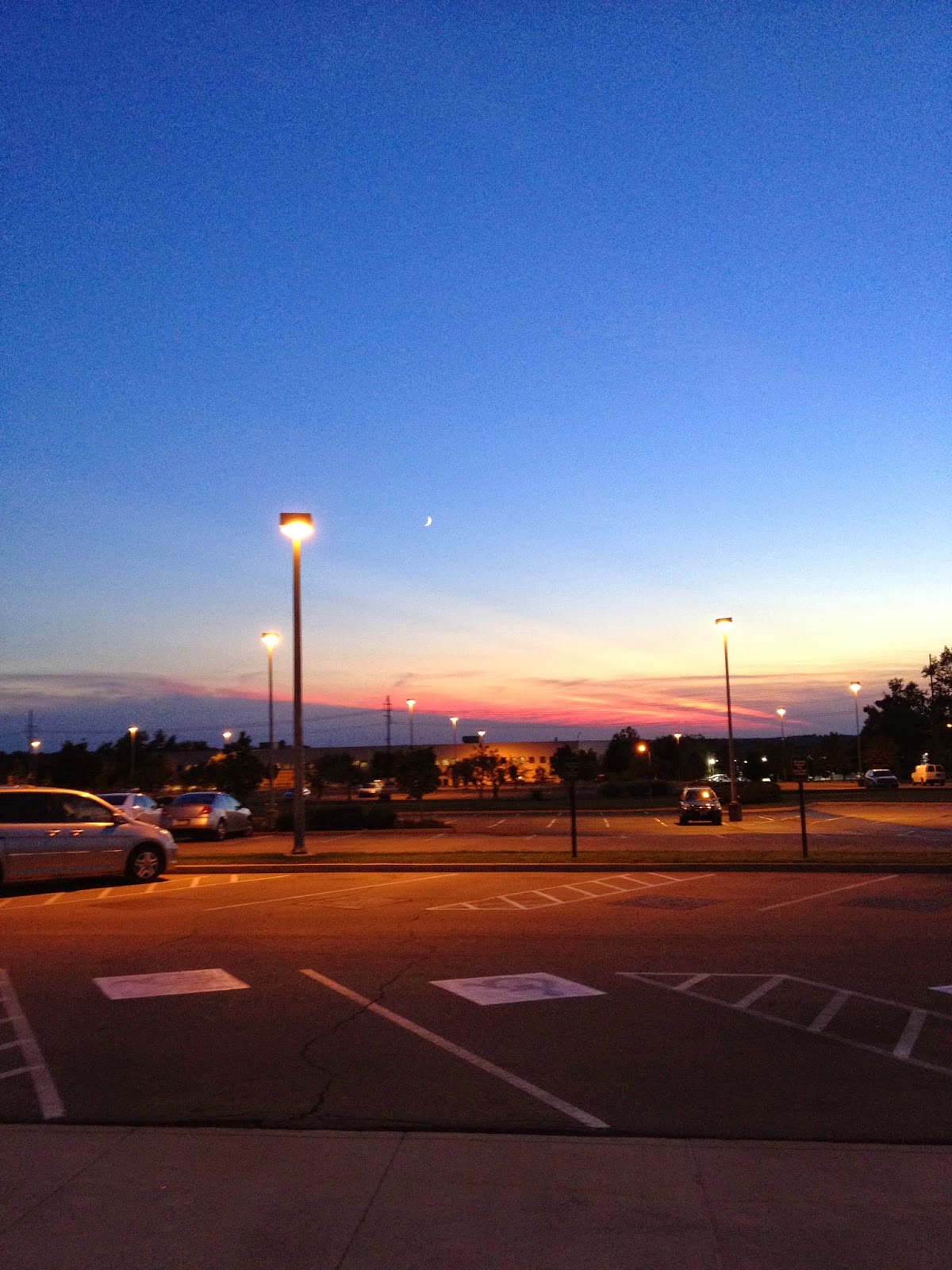 Posted by Mark Daniels at 7:53 PM No comments: 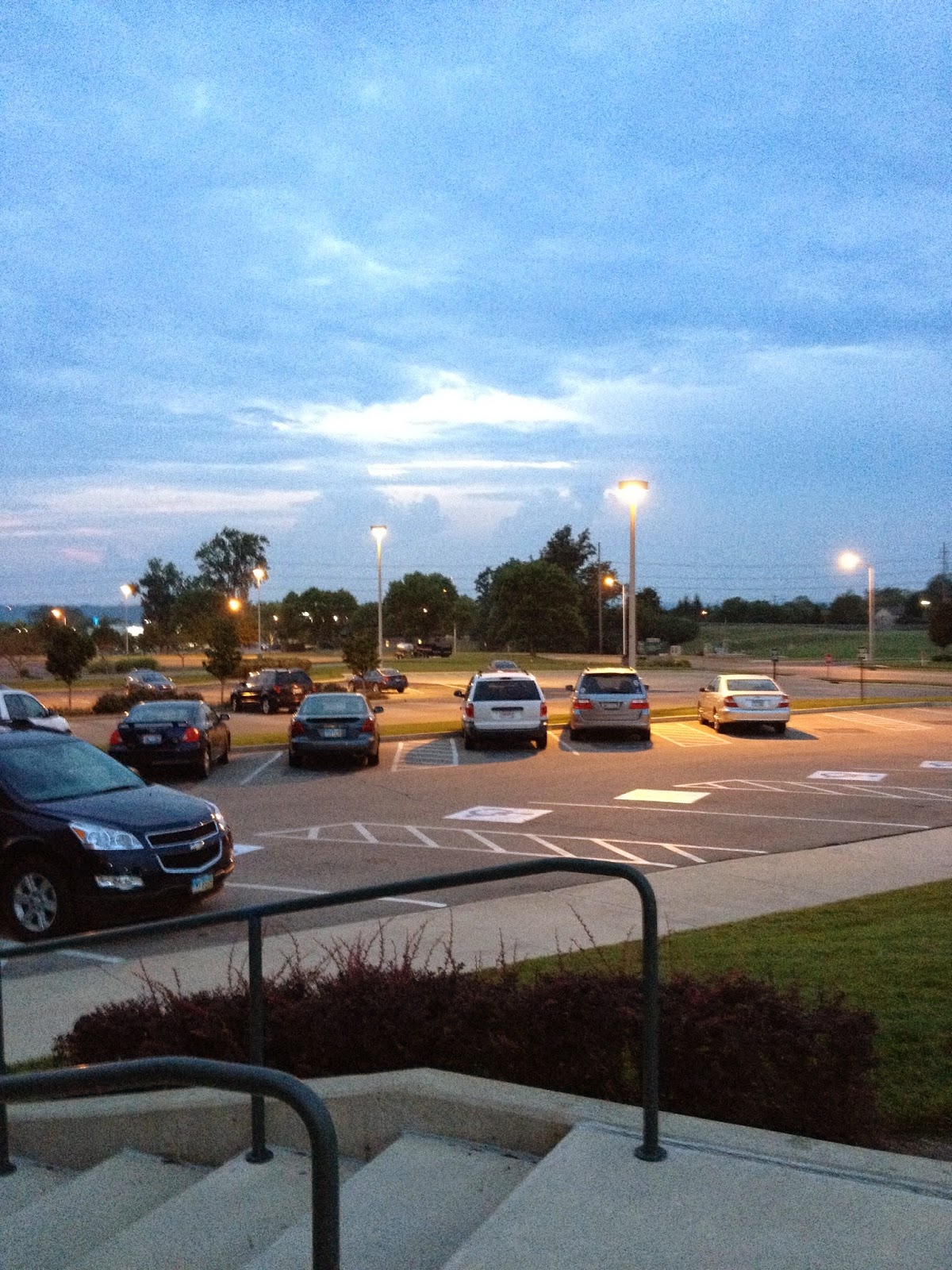 Posted by Mark Daniels at 7:51 PM No comments:

Posted by Mark Daniels at 7:47 PM No comments:

Monday Song #1: 'Come with Me Now' by Kongos

Have no idea what this song by the South African ensemble, Kongos, is about, but I enjoy it. A little accordion rock never hurt.

My favorite lines in the lyrics:


"I tried to sell my soul last night
"Funny, he wouldn't even take a bite"

The roaring lion who roams the world seeking souls to devour, wouldn't really pass on consuming any human being in his evil. But it's fun to think that we get so close to Christ, he might find us profoundly distasteful, even inedible.

(The video makes no sense, so far as I can tell. So, just close your eyes and listen to the song.)

Posted by Mark Daniels at 6:07 AM No comments:

Who is This Jesus?

[This was shared during worship with the people and guests of Living Water Lutheran Church in Springboro, Ohio, yesterday.]

Matthew 16:13-20
This morning’s Gospel lesson is so filled with good stuff that we need to dive into it right now, verse-by-verse. So, please turn to page 687 in the sanctuary Bibles and look at Matthew 16:13-20.

In verse 13, Jesus asks the disciples who people were saying He—the Son of Man—was. In the next verse the disciples give their answer: “Some say John the Baptist; others say Elijah; and still others, Jeremiah or one of the prophets.”

Apparently, the buzz was that Jesus was the reappearance of one of the prophets.

Elijah and Jeremiah, of course, were Old Testament figures, while John the Baptist, the last of the great prophets, had just died.

In seeing Jesus as a prophet, the people were onto something. A prophet, as the Bible understands it, isn’t primarily someone who foretells the future. Rather, a prophet is one who speaks the true word of God to a world that doesn’t want to hear it, calling people to repent (turn from sin), and trust in God alone.

Eventually, Christians would see Jesus as THE prophet, THE priest, and THE king, among other things. But Jesus is much more than is encompassed by any of these titles. That’s why He asks the disciples in verse 15, “But what about you?...Who do you say I am?”

As we said last Sunday, this is the most important question any of us will ever answer. And, at least according to the witness of the Bible and of Jesus Himself, there is really only one right answer.

Jesus is the Word, the very living power of God, made flesh.

He is the only way by which sinful human beings like you and me can be saved.

He is the embodiment of God’s love, given to be the perfect sacrificial lamb for our sin so that all who repent and trust in Him as God’s definitive self-disclosure, as our only hope and Savior and God, will have their sins forgiven and have life with God, beginning in this imperfect world and brought to incredible perfection when we see God face to face in eternity.

These truths, God’s truths, have no expiration dates. You can bank your life, your eternal life on them and on nothing else.

In verse 16, Peter answers Jesus' question to perfection: “You are the Messiah, the Son of the living God.”

The first thing to be said about Peter’s confession is that, given how Peter wanted Jesus to avoid the cross and be an earthly conqueror of the Romans, given how he denied knowing Jesus on the night of Jesus’ arrest, and given how hopeless Peter was after Jesus died on a cross, Peter probably had little idea of what he was saying at this moment.

We all know how that goes. Two people say, “I do,” with no idea of what the future holds in store. Husbands and wives agree to start a family without knowing what that decision will bring. Peter didn’t fully understand his own confession. But his answer was authentic and true, more than mere words.

The first title Peter uses for Jesus in his confession is Messiah. This is the English transliteration of the Hebrew word, mashiah. It means anointed one. It was a title given to all of Israel’s kings. The anointing of Israel’s kings was a sign of their selection by God. But the title came to be used of the special king God had promised through His prophets. THE Messiah would come set the world right with God and fully establish God’s justice. The New Testament Greek word for Messiah is Christos, or, as we know it in English, Christ. Peter confesses Jesus as the king of the world and the king of his life. So must we.

The second title Peter uses of Jesus is the Son of the living God. Israel’s kings were referred to as God’s sons. But here, Peter is saying more than he himself realizes.

Turn to page 821 of the sanctuary Bible and look at Colossians 1:15-16, please. The passage tells us what it means to call Jesus, “the Son of God.” (We looked at this passage this past week, Tuesday group.) It says of Jesus: “The Son is the image of the invisible God, the firstborn over all creation. For in him all things were created: things in heaven and on earth, visible and invisible, whether thrones or powers or rulers or authorities; all things have been created through him and for him.”

That’s what it means to call Jesus the Son of the living God.

It would be awhile before Peter’s faith caught up with his confession. But he had it right: Jesus is God.

If we see Jesus as anything less than the one true God and King of the universe, we have no part in Him, whatever words we may say.

Please go back to our Gospel lesson, verse 17: “Jesus replied, ‘Blessed are you, Simon son of Jonah, for this was not revealed to you by flesh and blood, but by my Father in heaven...’”

Peter’s confession about Jesus was pure miracle. His fledgling faith didn’t come from flesh and blood—not from a collection of human thought or the confluence of human emotions or human experiences. God Himself had revealed the truth about Who Jesus was to Peter.

The same is true for us whenever we confess faith in Jesus.

First Corinthians 12:3 tells us: “...no one who is speaking by the Spirit of God says, ‘Jesus be cursed,’ and no one can say, ‘Jesus is Lord,’ except by the Holy Spirit.”

My inborn sinful nature dictates that I trust no one but me, that I look out for me and my interests, and that I not believe in a God Who is greater or more important than myself.

Yet, by God’s power, it’s possible for a self-centered, self-driven, skeptical, untrusting person to trust the God revealed to us in Jesus of Nazareth. Only God can give me (and you) the ability to believe in Christ.

In verse 18, Jesus continues by explaining to Peter the meaning of the new name He had already given to him, Peter, Petros in the Greek of the New Testament. It means rock and never in history before this time had it been given to someone as a name. Jesus then says, “on this rock I will build my church, and the gates of Hades [the gates of hell, the gates of death] will not overcome it.”

Jesus builds His Church on the faith confessed by Peter.

The Church isn’t made up of bricks, mortar, carpeting, or sound systems, but of flesh and blood people who believe in Jesus. Without a faith in Jesus as God and the only Way to eternity with God, the Church doesn’t exist even if people sing hymns, light candles, recite creeds and prayers, play guitars, sing praise song, hold meetings, and listen to preachers.

Article 7 of The Augsburg Confession, one of the key confessional documents of Lutheranism, says that the Church exists wherever the Word of God is preached in its purity and the Sacraments of Holy Baptism and Holy Communion are administered rightly…in other words, wherever people meet Christ in faith.

In verse 19, Jesus says that to this flesh and blood people who believe in Him, He will give “the keys of the Kingdom.”

The Office of the Keys is a scary responsibility for which none of us would be qualified were it not for the fact that, by grace through faith, Jesus lives in us.

Faith in Christ qualifies us for graces and responsibilities for which we, on our own merit, have no qualifications.

And using the keys of the kingdom can open up an eternity of hope and peace to the world.

Berhanu Ofga’a is a pastor of the Lutheran body, the Mekane Yesus Church, in Ethiopia. Once, during Ethiopia’s long civil war from 1974 to 1991, he was imprisoned. One night during his incarceration, he heard a man weeping and begging, “Does anyone here know Jesus Christ? Does anyone here believe in Jesus Christ?” Because Pastor Ofga’a was imprisoned for his confession of faith in Jesus, he was at first afraid to say anything. But finally he declared that he was a Christian. The voice then asked, “Please, how can I know Jesus?” From his prison cell, Ofga’a helped that man confess his sins and confess his faith in Jesus. And his own faith in Christ was deepened in that experience, sustaining him through a hellish time.

I first learned of Berhanu Ofga’a three years ago. At the time, he was the general secretary of his Lutheran body in Ethiopia. And even today, he and his fellow Lutherans are daily at risk of their lives for their faith in Jesus. Radical Jihadists destroyed dozens of their church buildings. Members were persecuted and subjected to violence. Yet, from 2009 to 2010, the Mekane Yesus Church grew from 5.3-million members to 5.6-million, an increase of nearly 1000 members each day.

There may be many different reasons for the explosive growth of the Lutheran church in Ethiopia. But the biggest reason no doubt is that our fellow Lutherans there are bold and unapologetic in confessing the same faith confessed by Peter in our Gospel lesson: Jesus is the Messiah and God!

Nothing—not prison cells, not hell, not death itself—can prevail against Christ’s Church. Those with faith in Christ are set free, today in this imperfect world and one day when we see God face to face, to live and speak for Jesus and to live lives of purpose that glorify Jesus for all eternity! We may as well get in the habit today, confessing and following Jesus, God and King.

Amen
Posted by Mark Daniels at 7:43 PM No comments: