I dedicate this to @pudicat11 because I know it’s one of your favorites. pic.twitter.com/VEzPrsDxWX
— Kris Sinclair (@krissinclair_) June 15, 2019

We can never be good enough to merit God's forgiveness and favor and life. These are all gifts He offers to all willing to believe in His Son, Jesus.
Posted by Mark Daniels at 6:45 PM No comments:

Email ThisBlogThis!Share to TwitterShare to FacebookShare to Pinterest
Labels: Isaiah 64:6

It is an Air Force craft, after all

Donald Trump doesn't like the "baby blue" that's part of the exterior color scheme of the presidential airplane.

Hmm. I always took it to be "sky blue," as in the center of the United States Air Force logo.

That seems appropriate for an aircraft designated as Air Force One. 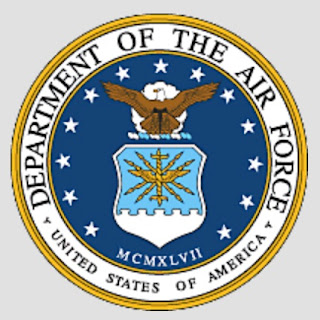 Historian Michael Beschloss shares this regarding the font President Kennedy chose for the fuselage of the plane.

JFK chose font for “UNITED STATES OF AMERICA” on fuselage of Air Force One because it resembled font of early printed version of Declaration of Independence: pic.twitter.com/LOQ9KgAnOd
— Michael Beschloss (@BeschlossDC) June 14, 2019

Posted by Mark Daniels at 6:36 PM No comments:

Ohtani and Bauers Hit for the Cycle on Two Consecutive Days

I used to think that hitting for the cycle--hitting a single, double, triple, and home run in one game--was a meaningless stat. I suppose that it is in the grand scheme of things.

But to accomplish it, you have to possess power and speed as well as be a generally disciplined hitter.

On June 13, pitcher/hitter phenom Shohei Ohtani hit for the cycle for the Los Angeles Angels, becoming the first Japanese-born major leaguer to accomplish the feat.

Jake Bauers matched the accomplishment for Cleveland yesterday, doing so in probably more dramatic fashion by hitting a homer to complete the cycle. Ohtani began his hitting barrage with a home run. (To me, in some ways, a triple is a harder hit to make. But that's an academic discussion for baseball nerds, I suppose.)

Posted by Mark Daniels at 1:54 PM No comments:

When the Holy Spirit Shows Up

[This message was shared with the people and friends of Living Water Lutheran Church in Centerville, Ohio, this past Sunday.]

Acts 2:1-21
Pentecost was a festival of the Jewish calendar long before the Pentecost Day we Christians commemorate today. Pentecost was a harvest festival, marking one of the two harvests that happened in Israel every year.

But Pentecost was more than just an agricultural celebration. It happened fifty days after Passover.

Passover, you know, celebrates how God delivered His people from the angel of death and from their slavery in Egypt after they smeared the blood of an unblemished lamb on the doorframes of their dwellings. Fifty days later on Pentecost, God came down to His people at Mount Sinai to give them His law, the Ten Commandments.

Our Christian celebration of Pentecost comes fifty days after Easter, remembering the day when Jesus, the perfect Lamb of God Who takes away the sin of the world, rose from the dead. Ten days prior to the events described in our second lesson for today, Acts 2:1-21, the resurrected Jesus ascended to heaven.

Even before that, as we see in today’s gospel lesson, Jesus promised that He would come to His Church again. Like God descended from heaven to give His Law to His ancient people, the Jews, Jesus would descend again to those who belong to Him. Jesus, God the Son, would send God the Holy Spirit. “[T]he Advocate, the Holy Spirit, whom the Father will send in my name, will teach you all things and will remind you of everything I have said to you,” Jesus promised.” (John 14:26) Pentecost is the fulfillment of that promise.

Our lesson from Acts, too long for us to go through in detail together this morning, is divisible into three sections.

The first section, verses 1 to 4 tells us that the Holy Spirit came to the first disciples.

It happened when “they [the disciples] were all together in one place,” Acts 2:1 says. What were they doing at the time? Acts 1:14 gives us the answer: “They all joined together constantly in prayer, along with the women and Mary the mother of Jesus, and with his brothers.”

There is nothing more important for the growth of our faith, the mission of the Church, or the usefulness of the Church to the world than helpless prayer.

In fact, if our praying isn’t helpless, we aren’t praying. Without a clear understanding that we can do nothing without Jesus (John 15:5), we’re not praying, we’re just talking. You can be sure that as the 120 disciples of the early Church, a smaller number than gathers at Living Water each Sunday morning, prayed together on that Pentecost, they were feeling helpless. Jesus had risen from the dead, confirming that He was God the Son Who conquers sin and death for those who call out to Him as Lord. But He had also given them a huge job: “...[Y]ou will be my witnesses in Jerusalem, and in all Judea and Samaria, and to the ends of the earth. (Acts 1:8) The disciples were to go into the same world that had rejected and crucified Jesus and say that He had risen from the dead and that all who turn from sin and trust in Him have life with God that never ends.

“Wait a minute,” the apostles might have thought on hearing Jesus' commission. “We have a bad track record for perseverance in the face of opposition. How are losers like us going to be Your witnesses?”

But Jesus had told them that they would fulfill His mission for them after He sent His Holy Spirit.

And so, helpless, not knowing anything about the Holy Spirit, they gathered together to pray.

They prayed for God to come to them in some way, much as many of you have been praying in regard to Reach Forward in recent months.

This is when the Spirit came to them. “All of them were filled with the Holy Spirit and began to speak in other tongues as the Spirit enabled them.” (Acts 2:4) The Holy Spirit has been empowering the Church’s witness for Christ ever since.

We saw the Holy Spirit’s empowerment of the Church’s witness for Christ this past week, as dozens of you and other members of North American Lutheran Church congregations brought help, love, and prayer in Jesus’ name to those affected by the Dayton tornadoes.

The second section of our lesson from Acts shows the varied reactions people have when the Word about Jesus, empowered by the Holy Spirit, comes to people.

The first was a positive one. This reaction is exemplified first in the praying disciples themselves. Despite their previous fears, they were emboldened to go into the streets and share Jesus with others. Later in Acts 2, we’re told that some three-thousand people also reacted positively to the disciples’ message of new life through faith in Jesus and came to believe in Him.

The second reaction was from people who were bewildered and amazed (Acts 2:6-7). Like people trying to figure out how a special effect was accomplished in a movie, this group, drawn from around the Mediterranean Basin, pays little attention to the message the Spirit spread through those first disciples, instead wondering how the disciples were speaking in their own languages.

Their bewilderment is matched by some people at Aldi when our Living Water young people help them load their groceries in their car or give them a quarter for a shopping cart. “Why are you doing this?” they sometimes ask. “Because God loves you,” our kids say. In a dog-eat-dog world in which there’s always a catch, people are bewildered when the free gift of new life through Christ is made known and accessible to them. That’s the work of the Holy Spirit!

A third group had a different reaction on the first Pentecost: They wrote the whole thing off as craziness. “They have had too much wine,” they said (Acts 2:13).

Last week, a friend re-posted on Facebook something I wrote about people who commend a perverted understanding of Christian faith. A friend of hers commented that all Christian faith is perverted. When I tried to explain how Christ has forgiven me and worked at transforming my life over the past four decades, the commenter wrote to say that she was sorry that I had been brainwashed and that Jesus hadn’t died for my sins. My prayer is that God will use me to gradually open her to Christ. But even when our witness is empowered by the Holy Spirit, the good news of Jesus will, at least at first, be written off by some who find it too good to be true.

In the third section of our lesson from Acts, Peter, who denied knowing Jesus three times after Jesus was arrested, stands up and tells the throng in Jerusalem the gospel, the good news, that every human being needs.

Quoting the Old Testament prophet Joel, Peter says: “...everyone who calls on the name of the Lord will be saved.” (Acts 2:21)

We don’t have to do anything.

We don’t have to jump through religious hoops or have it together or know the secret handshake.

When the Holy Spirit prompts us to call on the name of the Lord Jesus to be our God and Savior and only hope, we know that we are saved.

And so are those who come to believe in Jesus as we share this good news with them! The Holy Spirit is the One Who makes all of this possible.

“But, Pastor Mark,” some will say, “how can I receive the Holy Spirit?” If you’ve been baptized in the name of the Father, Son, and Spirit and believe in Jesus, you already have the Holy Spirit. He’s the one who enables you to believe, however imperfectly, and to confess, however haltingly, that Jesus is Lord. He’s the One Who empowers you when you feel defeated by life or sin to trust that no matter what, the crucified and risen Jesus can still be trusted to give you life, forgiveness, and eternity.

Others will say, “Pastor, I feel guilty. I’ve never had an experience of the Holy Spirit like the disciples did on the first Pentecost.” Someone has pointed out that no two miracles of Jesus were precisely the same. It’s a mark of God’s infinite creativity and of the individual relationships Jesus desires with each of us, that while faith in Christ and growth in that faith are always sparked by encountering Jesus in the Word and in the sacraments (Holy Baptism and Holy Communion), God can come to people in many ways.

On the first Pentecost, God’s Spirit came to His people on the rush of a loud and mighty wind and came to still others in the proclamation of ordinary Galileeans, filled with the Spirit, speaking good news to the Jerusalem crowds.

God came to the Old Testament prophet Elijah not in a wind, or an earthquake, or a fire, but in a whisper.

The apostle Paul teaches us that if we can believe in Jesus as our Lord, the Holy Spirit has come to us. “I want you to know,” he says, “that no one who is speaking by the Spirit of God says, ‘Jesus be cursed,’ and no one can say, ‘Jesus is Lord,’ except by the Holy Spirit.” (1 Corinthians 12:3)

If you call out to the God revealed in Jesus, you can trust that the Holy Spirit is living in you.

You can trust too, that the Holy Spirit can use you to bring the good news of Jesus to others. As a Christian, you’re among God’s Pentecost people! Amen

Posted by Mark Daniels at 9:08 PM No comments:

This is an impressive grand slam, but an even more impressive fan catch!