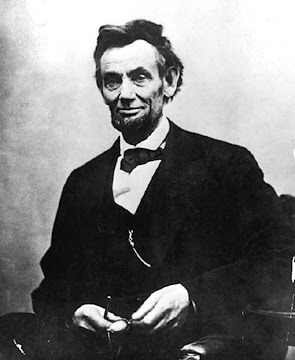 The writer was President Abraham Lincoln, speaking of the cataclysmic Civil War, initiated not by Lincoln or the government he headed, but by insurgent forces who attacked a United States military installation on US soil.

Things happen over which we have no control and much of life is composed of our response to events. "If you want to make God laugh," said Father Myke, a World Trade Center hero on September 11, 2001, "tell Him what you plan to do tomorrow." This echoes wisdom found in the New Testament book of James:


Come now, you who say, “Today or tomorrow we will go to such and such a town and spend a year there, doing business and making money.” Yet you do not even know what tomorrow will bring. What is your life? For you are a mist that appears for a little while and then vanishes. Instead you ought to say, “If the Lord wishes, we will live and do this or that.” (James 4:13-15)

And it isn't much different from the words of John Lennon in his song, Beautiful Boy: "Life is what happens to you, while you're busy making other plans..."

This is important to remember as the 2008 presidential campaign unfolds. In town hall meetings and debates, candidates are asked what they would do about the economy, the war in Iraq, the struggle with radical jihadists, global warming, and a whole host of other vital national and international concerns. Candidates respond with everything from sound bites to detailed programs on their web sites. And all of that's fine.

But beware! Events have a way of overtaking even presidents.

Franklin Roosevelt ran as a balanced budget conservative in his 1932 race for the presidency. But by the time he took the oath of office in March of the following year, he had come to believe that Keynesian deficit spending was necessary to give the economy a major boost. He also saw that the nation needed a major infusion of confidence and steel, assets he had in abundance as a result of his, by then, decade-long battle to overcome polio.

Because much of what happens during a presidential term of office can't be anticipated, there is something far more important to consider when deciding who will get our votes for president. In short, the characters of the people who vie for the presidency are more significant than their political philosophies or their position papers.

Character is forged in personal experience with adversity, not only in the adversity we personally experience, but also in the extent to which we're willing to stand with others in their adversity.

Often, the United States has been lucky. The presidents we've elected have largely, been unknown to us and what we have known of them has often been a public relations smoke screen.

Today, smoke screens are out there. But in this era of multiple information outlets and YouTube videos, we have a much better chance of knowing what makes our candidates for public office tick. We can get a better fix on their characters.

Hopefully, as this presidential election process continues, we will pay heed to the candidates' positions on the issues and look at their resumes. But more than anything, I hope, we'll consider their characters. It's their characters that will give us the best indication of how they might respond to the unknown events that loom in the futures of us all.

[By the way, here are links to a series I wrote that features one of Abraham Lincoln's most remarkable and laudable character traits, his capacity to change and grow:
Part 1
Part 2
Part 3
Part 4
Part 5
Part 6
Part 7]

"Events have a way of overtaking even presidents." Most presidents, probably. Voters have to look past the promises and the glitz and ask, "How will this man/woman respond to the unexpected? How will they respond when when everyone is looking to them for leadership at a moment of crisis?"

This is partly why people are so attracted to Barack Obama, I think.
This is a guy you could trust with your billfold.