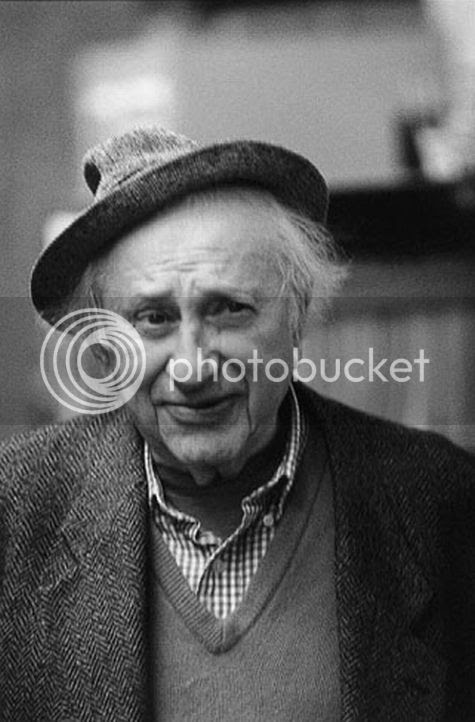 Terkel was a remarkable person, a "Renaissance man" not only owing to the breadth of his activities, but also because of his boundless curiosity.

He happened too, to be a great actor, playing one fabulous Studs Terkel. Just last week, my son and I caught some of Eight Men Out, the movie about the 1919 Black Sox scandal. In it, Terkel played Hugh Fullerton, the sports writer who played a prime role in exposing the efforts of eight members of the Chicago White Sox to throw the 1919 World Series to the Cincinnati Reds. Terkel was wonderful in the part. At one point, I turned to my son and said, "He is perfect in this movie." The reason is simple: Terkel's Fullerton was Terkel's Terkel, a persona which was, at the same time, street-wise and idealistic, profound yet simple.

No doubt being a Chicagoan born, raised, and living in a certain era contributed to who Terkel became. A certain cynicism was probably inevitable in any Chicagoan surrounded by the common corruptions of machine politics. Yet, like grass growing through cement, Terkel also seemed, in spite of his protestations to the contrary, to continue to harbor hope that human beings can do better.

As a Christian, I believe that human beings can do better, but only if God is in their lives. Otherwise, that old sinner in us will get in the way. This is why reform must be a constant in human life; whether the reform is of things inside ourselves or of practices in society at large. That's because the human capacity for despoiling and ruining good things is infinite. I don't have much faith in the human race left to their own devices. But I have infinite faith in what God can and will do in human beings turned to God.

What Terkel would make of that last paragraph, I think that I can guess. But I can't be sure. He was always full of surprises.
Posted by Mark Daniels at 1:43 AM