What I Learned from Our Discussions of 'The Shack'

[This is the latest installment of my pastoral articles written for the monthly newsletter of the congregation I serve as pastor, Saint Matthew Lutheran Church in Logan, Ohio.] 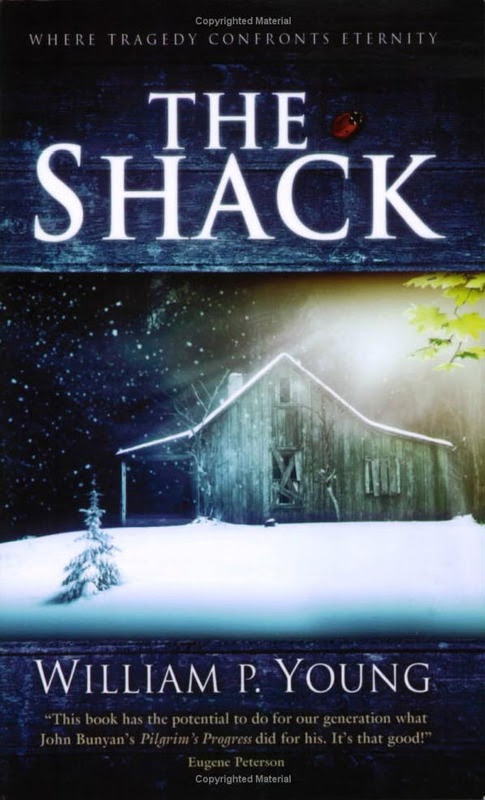 Our recent Monday night adult discussions of The Shack, the novel by William P. Young, have been among the best experiences I’ve had as a pastor.*

There are several reasons for that, I think.

First: The number of people participating. Consistently, we’ve had good turnouts for each of the gatherings. Obviously, the book—or at least, the issues that it addresses—provokes thought, reflection, discussion, and prayer. Even people who didn’t care for the book came for the discussions!

Second: The level of participation. Many people have spoken up and I can say that I personally, have learned so much from the differing viewpoints and reflections people have brought to the discussions.

Third: It has taught me that there is more than one way for we adult Christians to grow in our awareness and reliance on Biblical truth.

Typically, when I’ve done adult studies, I’ve offered classes on books of the Bible or Biblical topics like, “witnessing” or “The Holy Spirit.” No doubt, I’ll do so again in the future. But stories are powerful things. They don’t intimidate people the way, “Turn in your Bibles to Habakkuk, chapter 2, verse 4,” might.

Stories invite us to enter the experiences of the characters at levels with which we find it easier to connect.

The power of stories shouldn’t surprise me: Jesus told them all the time; we call them parables. They conveyed truth about which Jesus could have preached or written an essay. Instead, He told stories, making things clearer than they otherwise would have been.

In our discussions of The Shack, we’ve talked about and read the Bible a lot. But we’ve entered its truth through the story, making the Bible’s teachings more accessible and understandable than they might otherwise be.

Fourth: We’ve had quite a few participants who aren’t members of Saint Matthew come to be part of our discussions. This has been exciting…and may be a preview of what God has in mind for Saint Matthew’s future.

In stagnant or dying churches, the numbers of people participating in the congregation’s ministries are always less than their total numbers of members. These churches, like most organizations, operate by the old 80/20 rule: 20% of the members are involved in 80% of the activities.

In growing churches though, different numbers are evident. In all their ministries, be they educational, servanthood, worship attendance, youth groups, or whatever, more than just their members participate.

That’s because the members of growing churches are outwardly focused and they’re always inviting their friends—especially their spiritually disconnected friends—to be with them for worship, service projects, youth activities, or discussion groups like the one we’ve been experiencing on The Shack.

That’s why it was so fun to see what happened with The Shack discussions. Members of Saint Matthew invited their friends, some connected to churches and others not. The result has been a month-and-a-half of get-togethers that have been enjoyable, enriching, and fun. Faith and fellowship have been fostered.

On February 22, we had what should have been our sixth and final discussion of The Shack. But we decided to meet two more times, on March 2 and 9. You’re invited for those final two gatherings. The sessions run from 7:00 to 8:30pm.

We also decided that after Easter, we’ll do another book discussion group. We haven’t decided what book we’ll discuss, though several titles have been suggested.

If you have a book that you’ve always wanted to discuss, let me know, and when we start the next set of discussions, I hope that you’ll be involved. You won’t regret it!

Your Friend in Christ,
Pastor Mark

*For those unfamiliar with this best-selling book, it’s a Christian novel that avoids both sappiness and academic dryness. As I’ve told people, it’s not the best-written novel I’ve ever read, but it relates to real-life issues, which may explain the chord it seems to have touched in millions of readers.
Posted by Mark Daniels at 12:09 PM

Glad to hear that this study was so encouraging.

Your experience confirms it for me. I've been thinking for awhile now that I need to present this book to our congregation and now I'm sure that I do. Thanks!