On June 13, I had my annual physical with the cardiologist. Six years ago, in what the doctor regards as a fluke, I had a heart attack that wiped out 40% of my heart. (Presently, there is no treatment that will restore damaged heart tissue, although there is some promising research indicating that, through the introduction of stem cells, this can happen. The research is still in the early stages.)

Since the attack, I've not only had a stent inserted in the left anterior descending artery of my heart, where there had been a 100% blockage, but also, as a precautionary measure, I've received a pacemaker/defibrillator.

The cardiologist is very pleased with my progress. Though I have an ejection fraction of only about 35%, my heart sounds good to him. My EKGs look good. And the pacemaker only engages periodically at night to regulate my heart rate.

My doc was complimentary, though he did notice that I'd developed more of a spare tire. He mentioned in passing that I could "lose a few pounds."

Personally, I was far more alarmed by my weight than the doctor seemed to be because, when one of the assistants weighed me, I learned that I was heavier than at any time in my life. The scales showed that I had ballooned to 189.7 pounds.

I was appalled! I knew that I'd had to go from a 34"-waist to 36". And I knew that I'd been growing heavier. But when I saw the actual number, I thought to myself, "This has to stop now!"

For the greater part of my adult life, I sported a 32"-waist. When I graduated from high school, I was a scrawny 118-pounds, on my 5'-9" frame. As I "filled out," my weight increased to 134-pounds, where it remained for about ten years. (Until his retirement, my dad was the same weight for almost his entire adult life. But even with his post-retirement weight increase, I now outweigh him.)

When I hit my late-40s, the waistline expanded and I hit 159-pounds. Even that was too much, according to my GP.

My weight did come down after my heart attack, as I scrupulously avoided the foods against which the heart people warned me. But I never got serious about weight loss as a goal in itself.

When I saw 189.7 though, I was shocked into taking action to reduce my weight.

We don't keep scales in our house and I'm glad that we don't. I don't want to check my progress--or lack of it--every day. I'm trying to establish a different relationship with food and to be healthier, not to impress other people.

This past Thursday though, we were in Columbus, where we shopped at one of our favorite grocery stores, Marc's. Next to the exit door are huge old-fashioned scales. I decided to step on and see if I'd made any progress. My weight registered at 181.5-pounds, a reduction of 7.2-pounds. I have to say that I was pleased. It isn't dramatic loss, but it feels that things are definitely moving in the right direction. 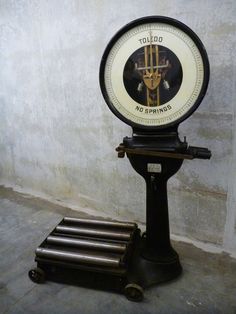 But a few observations on the journey so far:

The first two weeks were tough.
I know that there will be more tough days. But when you've trained your body to overindulge, the adjustment to more appropriate calorie levels is difficult. I rarely overeat at meals. And I've never cared for desserts that much. But I do tend to be a grazer, especially of Skinny Pop. (Which is wonderful stuff, but because I have been prone to eating way too much of it, it has been, for me, Fatty Pop.)

After this period of adjustment, eating less is becoming easier for me.
In fact, I ate too much at a meal last week. The size of meal was normal for me just a few weeks before. But I found that I felt miserable...after just those few weeks. I took that as an encouraging sign.

I use the Lose It app on my smartphone to record my calories.
I find it helpful and, from what I can tell, accurate.

This past weekend, because I knew that I would be having more meals out than usual and because of my progress, I suspended the diet for two days, Saturday and Sunday.
But I was back at the appropriate calorie levels today. I think a periodic vacation, especially after demonstrated progress is OK.

I try to start out in the right way each morning.
This is tough for me because breakfast is my favorite meal. But this morning, for example, I fixed myself two egg whites with less than a teaspoon of shredded cheddar cheese, a small stick of turkey sausage, and one ounce of orange juice. That came to 186 calories. (I was accustomed to fixing four egg whites with more cheese and having more orange juice for my daily breakfasts.) I find that reducing at breakfast sets the tone for my whole day.

As time goes on, I find it easier to resist the temptation to take in unnecessary or harmful calories.
I spent much of my day on Monday in meetings--interviews with prospective administrative assistants, a budget meeting, the meeting of a team charged with visioning our church's future building possibilities. I ate lunch, but had no dinner, as I dove into the afternoon and evening. In between meetings, a person, knowing that I'd not eaten dinner and had looked for something healthy in the church refrigerator, gave me a snack bag of corn chips. It was a kind gesture. But I told him, "Can't. That's got 140-calories." Just a few weeks ago, I would have found it easy to talk myself into eating a snack, "just to tide me over." In fact, I wouldn't have even questioned doing so.

The tips and observations of a friend on eating and cooking echo in my mind these days.
My friend probably doesn't even know how much I remember of or what an impact their words are continuing to have on me. But it helps to have a "food mentor," someone who has the right relationship with food and fitness and can point us in the right direction. If you have someone like this in your life, it can be a huge help!

But the number one key to the progress I've made so far? Praying.
Overindulgence in food is a desecration of our bodies. It gives an immediate gratification, a sensation that, like the wrongful use of drugs or alcohol, brings a fleeting good feeling that, unless we've become completely desensitized, later gives way to self-recrimination and guilt.

There's good reason for feeling guilty about any abuse of our bodies, which are gifts from God. This is especially true for Christians. The Bible teaches Christians that our bodies are temples of the Holy Spirit, places where God dwells.

It's one thing to know this, of course, and another to live it. Self-control is foreign to we human beings born in sin, deeply oriented to doing whatever gives us pleasure, God's will or our own well-being be hanged.

But Galatians 5:22-25, tells us that those who willingly crucify both their selfish and self-destructive impulses, the subtle ways we're lured into behaving as though we were gods to ourselves, unaccountable to anyone, are given "the fruit of the Holy Spirit," including "self-control." God can give to those who seek His help through Christ, a strength that they can't muster on their own.

So, when I'm tempted to over-indulge, to get that snack that would tip me past my allotted calories for the day, I pray.

I pray just as I do when facing any other temptation in life. "God," I may say, "in Jesus' name, give me the power to resist this temptation. Help me to avoid unnecessary food. Give me strength to honor You by not abusing this body You've given to me. Make this the temple of Your Holy Spirit."

Absent prayers like that, offered repeatedly, I have no chance of reaching my goal of 155-pounds.

I'm not trying to get there in one fell-swoop. If I can lop off an average of 2-pounds a week, I'll be happy. In the meantime, I will be establishing a good habit and, at least in this one aspect of living, honoring the God Who has, through Jesus Christ, given me everything.

Hopefully, this post will inspire you to do something about some aspect of your life that may horrify you as much I was horrified on June 13.

But, remember to rely on the God we know in Jesus to help you reconstruct your life. Remember these words from Psalm 27:1: "Unless the Lord builds the house, the builders labor in vain."

I appreciate your honesty about this very common struggle, Mark. It's very helpful to hear what is working for you, and I'm going to put some of this to work for myself. Thanks!

Yes, Mark, thanks for sharing. You've put some conviction on me.

Charlie and Alex,
I appreciate your comments very much. God bless both of you.