My sisters are helping my dad clean out his attic right now. The house was built by my mom’s parents in 1950.

The other day, the girls (despite our respective ages, they are always the girls and my brother and I are always the boys) found a box filled with photos of people none of us could identify. They were almost all taken at photography studios along North and South High Street in Columbus.

My guess is that they were probably acquired by some family member in hopes of using them in a craft project or, likelier, they may have been among the refuse found by my grandfather in his many search-among-the-trash missions.

But in the box of those studio photos were two family snapshots, seen here.

The first is of my grandmother, no doubt taken in her teens while she still lived in Columbus’ Linden area. (My great-great-grandfather, Martin Ranck, a carpenter and former schoolteacher, built a number of homes in Linden.) This would have been in the 1920s, shortly before my great-grandparents moved the family to the Bottoms, Columbus’ near-west side. My grandmother was a member of Central High School’s first graduating class in 1925.

In the picture, my grandmother looks as though she could easily be transported to today. Though in later years, she became a whining passive-aggressive, in those days, I think she was a handful, who liked and was liked by the boys.

When I saw the second photo, I immediately spotted my mom. She’s in the center, unmistakable. The back of the photo has a caption that says it was taken on February 28, 1941, making mom exactly nine years and four months old.

The caption also says that the other two in the picture are “Uncle Burt” and “the little girl next door.” Because my mom’s middle name is misspelled (Jean instead of Jeanne), I imagine the picture was taken by someone other than her parents, probably one of my great-uncles. None of us knows of an Uncle Burt. But I’m guessing it’s one of my great-grandfather’s brothers or brothers-in-law.

My mom died earlier this year. My grandmother passed in 1991.

There’s a treasure trove of history in every family tree. These pics were interesting for me to see.

By the way, my sisters also uncovered three songs in sheet music. One was copyrighted 1910; the other two were from 1917. The latter were both songs about young men leaving their families, their mules, and their sweethearts, in that order, to fight in the First World War. One song also extolled the leadership of President Wilson.

The last point is unsurprising because my great-grandparents were staunch Democrats. My grandmother often told me how the Republican kids would taunt her and other kids from Democratic families for their political allegiance, telling them, "Beans is good enough for Democrats." 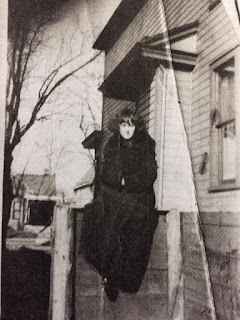 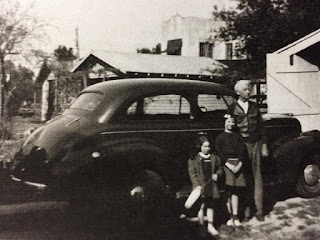