God, help me limp toward You always

Look: “...the Lord was angry with me and would not listen to me. ‘That is enough,’ the Lord said. ‘Do not speak to me anymore about this matter.’” (Deuteronomy 3:26)In his final message to the people of Israel, now on the brink of entering the promised land, Moses remembers how he pleaded with God (Deuteronomy 3:23) to be allowed to enter the promised land. But God is firm about His earlier decision: Because Moses had rebelled against God, questioning and expressing resentment over God’s decision to make him the earthly leader of the Israelites as that people whined in the wilderness, he would not enter the promised land. Like the rest of the generation that God delivered from slavery in Egypt (except for Joshua and Caleb, who had remained faithful to God), Moses would not set foot in the promised land.There are consequences to our sins, even when God has forgiven us and our relationship with Him has been restored. Moses’ relationship with God was restored.We know that from what follows in Deuteronomy 3:27. God told Moses: “Go up to the top of Pisgah and look west and north and south and east. Look at the land with your own eyes, since you are not going to cross this Jordan.”God allowed Moses to see that his forty years in the wilderness and his leadership of the people of Israel were not in vain. He saw the promised land. God demonstrated his forgiveness for Moses in this act. Listen: I mustn’t fall prey to the facile and self-serving notion that if I sin, repent, and am forgiven by God, I will face no consequences. I WILL reach the promised land of a resurrected life with God if I entrust my sins, past, present, and future to Christ. God is good for His promises! But my sins can unleash consequences I can’t imagine. Grace that insulates us from all possible consequences for sin in this world isn’t grace. It’s license. It’s what Bonhoeffer calls “cheap grace.”In my own life, many of the things for which I’ve repented and from which I’ve had to separate myself, have left holes in my life, chasms of grief, enduring ruptures in relationships, and sadness that abide and haunt me even in the midst of the joy for forgiven sin. Anyone who has ever repented and turned to the God known in Jesus has experienced this. What Bonhoeffer calls “costly grace,” true grace, will cause us to give up something of what we once indulged, coveted, or saw as our right or our due. There’s no way around that if we’re serious about following Jesus. If we are to grasp hold of Jesus as our only God and need, it will entail letting go of things the jettisoning of which will leave a scar. As Bonhoeffer writes, “When Christ calls a man, He bids him come and die.” Every time we repent for a sin, there’s a crucifixion of the old self that loved that sin. And crucifixion is never painless.Moses’ rebellion in the wilderness had its consequences, even in his life, the prevailing pattern of which was to, however reluctantly, to obey and to follow God. If that was Moses’ experience, I can expect no less.Respond: Lord Jesus, I surrender all to You, including my supposed “right” to be resentful when I face the consequences of my sin. I know that in the crucified and risen Christ, in Whom I trust, my sins are forgiven and I have new life that can never be taken from me. I will live with You forever. But when I sin, set me free from any notion that I’m privileged character. I’m not. If Moses had to face the consequences of his sin, it should never be a surprise if You exact the same price from me. In Genesis, we’re told that Jacob fought against you. Though You blessed him, he walked for the rest of his days with a limp, a consequence of so often wrestling with You and relying on his own ingenuity and lies rather than on you. If I must walk through life with a limp of any kind--physical, emotional, spiritual, consequences of my self-seeking ands sinfulness, help me to gladly accept it and limp with faith toward You. To You I give all honor, glory, and praise. In Jesus’ name. Amen 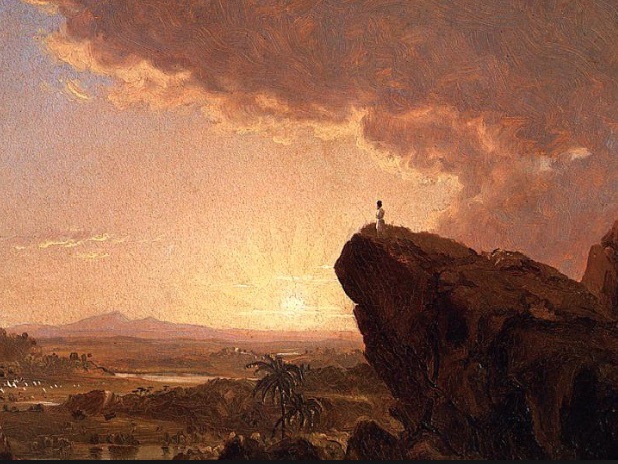 [These chapters of Deuternomy appear as today's reading in the Discipleship Journal's Book at a Time Reading Plan. I'm sure that this is true without reference that in the last speech before his death in April 4, 1968, Martin Luther King Jr. references this passage, telling a Memphis audience as he envisioned the promised land of justice:


...I've been to the mountaintop. And I don't mind. Like anybody, I would like to live - a long life; longevity has its place. But I'm not concerned about that now. I just want to do God's will. And He's allowed me to go up to the mountain. And I've looked over. And I've seen the Promised Land. I may not get there with you. But I want you to know tonight, that we, as a people, will get to the Promised Land. So I'm happy, tonight. I'm not worried about anything. I'm not fearing any man. Mine eyes have seen the glory of the coming of the Lord.

What King may or may not have foreseen as he spoke those words is anybody's guess. But like Moses, he professed to be at peace with God as he faced the consequence of sin over every human life, even over the lives of those who repent and believe in the God we meet Christ, death.]
Posted by Mark Daniels at 2:56 PM