Listening to Dylan and Orbison Tonight 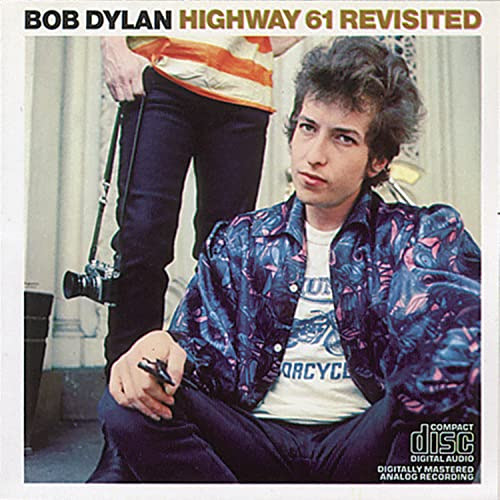 After our recent trip to the Rock and Roll Hall of Fame, I decided to get the remastered CD version of Bob Dylan's Highway 61 Revisited through Amazon. It came today. I had it on vinyl and have always loved it. But this remastered version is incredible...Al Kooper's wonderfully amateurish organ sounds great and you hear every inflection, breath, and chuckle in Dylan's vocals.

I also ordered and received the 2006 release, The Essential Roy Orbison. I've never been a big RO fan, although I always appreciated what a fabulously affecting voice he had, as well as the passion and poignance he imparted to his songs. My wife wanted to get a copy of Orbison's most well-known songs that she could play at work. This 40-song collection covers his entire career, with the second CD devoted to the stuff he did with Jeff Lynne, Bono, Bruce Springsteen, and others near the end of his life. It's fun to hear...and hard to believe that he's been dead for eighteen years already.
Posted by Mark Daniels at 11:17 PM