What is Reformation Sunday, Anyway?

[Tomorrow is Reformation Sunday. Below is a little essay about Martin Luther and the Reformation, which I've written and rewritten, sometimes presented as a sermon, other times as a bulletin insert, and more recently, as a blog post, for a total of about twenty-five years now. I hope you find it helpful.]

He was born in November, 1483, in the German principality of Saxony. His father was a one-time coal miner who, through hard work, had risen to middle class status, the owner of several mines. His mother, who would exert so much influence over the boy was, in the custom of those times, a full-time housewife and mother.

His name was Martin Luther. From an early age, he exhibited great intelligence and many talents. As time passed, he would become an extraordinary preacher, theologian, and musician. These pursuits were far from his father’s intentions for young Martin. Hans Luther wanted the boy to become a lawyer in order to care for him and his wife in their old age.

That, in fact, was the trajectory on which Martin’s life was moving when a shattering experience intervened. 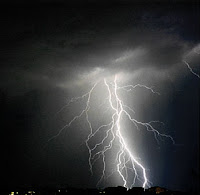 He was heading back to the university he attended when a ferocious thunderstorm arose. A lightning bolt knocked Luther to the ground. Understandably terrified, Martin cried out to the patron saint of miners. “Saint Ann,” he said, “save me; I will become a monk.”

I once told this story to Father Seavey Joyce, who served Saint Ann's parish in the same small town (Frankfort, Michigan) where I did my seminary internship. Seavey listened and wearing an impish smile, said, "I guess that goes to prove that even saints make mistakes." (He was kidding because Seavy also told me once that he was sure that one day the Roman Catholic Church would name Luther a saint.)

But of course, it wasn't Saint Ann who’d made a mistake. It was Martin Luther. In fact, in his moment of terror in the thunderstorm, he made several mistakes. Mistake one: Calling for supernatural help from anyone other than the God we know in Jesus Christ. Mistake two: Making a deal in the hopes of placating what Luther thought was an angry God. God doesn’t make deals.

But Luther became part of a long tradition of people who have done the right things for the wrong reasons.

In the Old Testament book of Genesis, for example, we find the true story of a young dreamer named Joseph. His father, Jacob, doted on the boy while virtually ignoring his ten other sons. Resentful, Joseph's brothers sold him into slavery and then took the coat their father had given to him and spattered it with blood. They showed it to Jacob. He concluded that Joseph had been killed by a wild animal.

The brothers had done the wrong thing. But it turned out that, unbeknownst to them, they played into God's plans for Joseph. Joseph was set down a difficult road that ultimately led him to become, in effect, the prime minister of Egypt, second in command after the Pharaoh. In that position, Joseph oversaw the storing of crops during seven bumper years in anticipation of seven years of famine, a famine that affected the entire Middle East.

Ultimately, Joseph was able to use the stored crops to save the lives of his very own family members and many others. Later, he was able to tell his brothers that when they sold him into slavery, "You meant it for evil. But God meant it for good so that many might be saved." Joseph's brothers had somehow done the right thing for the wrong reasons.

In the New Testament book of Matthew, we find the story of people who came to see the Christ Child. We call them "wise men." But they were really little more than astologers, people who made horoscopes and superstitiously believed that stars foretold occurrences on this planet. It's the sort of the practice that the Bible condemns completely. We're to depend on God and on nothing and nobody else. Yet, these wise men who followed the stars for the wrong reasons, at the end of their journey, came to the right conclusion: This baby was the Savior of the world.

Martin Luther’s entry into the monastery for the wrong reason turned out to be very right, indeed! I don’t think that his father ever forgave the young Luther for taking the vows of a monk and "abandoning" his family. When, several years later, Luther also was ordained a priest, his father, Hans, expressed the belief that Martin’s call might not have come from God, but from the devil.

Martin Luther, in fact, was a deeply disturbed young man, probably neurotic. He felt himself utterly and completely guilty of sin. He couldn’t imagine that a morally perfect God could or would forgive him. At times, Luther hated God. He believed that God was playing a vicious game with the human race: Demanding moral perfection and when none of our race were unable to attain it, gleefully sending us to hell.

Noting how disturbed Luther was, believing that a fully occupied life would crowd out his worries and fears, and recognizing how intelligent Luther was, his superiors decided that he would study to become a doctor of theology. He would teach at a new university being started in the Saxon town of Wittenberg.

At first, a new regimen of work, which included administering fourteen monasteries, pastoring a local church, and teaching at the new university, did nothing to assuage Luther’s loathing of God and of himself.

But then, something happened to change Luther’s life and world history. (And, over time, through the Reformation Luther began, my history.) Like most seminarians and priests of his day, Luther had never studied Scripture. He did so now, as he prepared for the classes he was teaching.

In the Bible, Luther found a God different from the one often preached in the Church of his day. He saw a God of grace and love Who reaches out to His children, Who charitably understands their fallen humanity, Who forgives and empowers right living, and promises eternity to all with faith in Him. He saw a God Who hates sin while loving sinners, Who calls all to repent for their sin and believe in His Son, Jesus.

He began to see this picture of God as he studied the book of Genesis in preparation for lectures to his students at Wittenberg. He met this God again in the Psalms. And, perhaps most clearly of all, Luther saw this God in the majestic New Testament book of Romans.


“For I am not ashamed of the gospel; it is the power of God for salvation to everyone who has faith, to the Jew first and also to the Greek. For in it the righteousness of God is revealed through faith for faith; as it is written, “The one who is righteous will live by faith.”

With his deepening knowledge of the Scriptures and the original Hebrew and Greek in which the Old and New Testaments, respectively, had been written, Luther’s understanding of God blossomed.

Up until this point in his life, Luther, like most of the people of his time, labored under the mistaken notion that righteousness was a state of moral perfection, a status God commanded of us, although none of us could ever attain it. 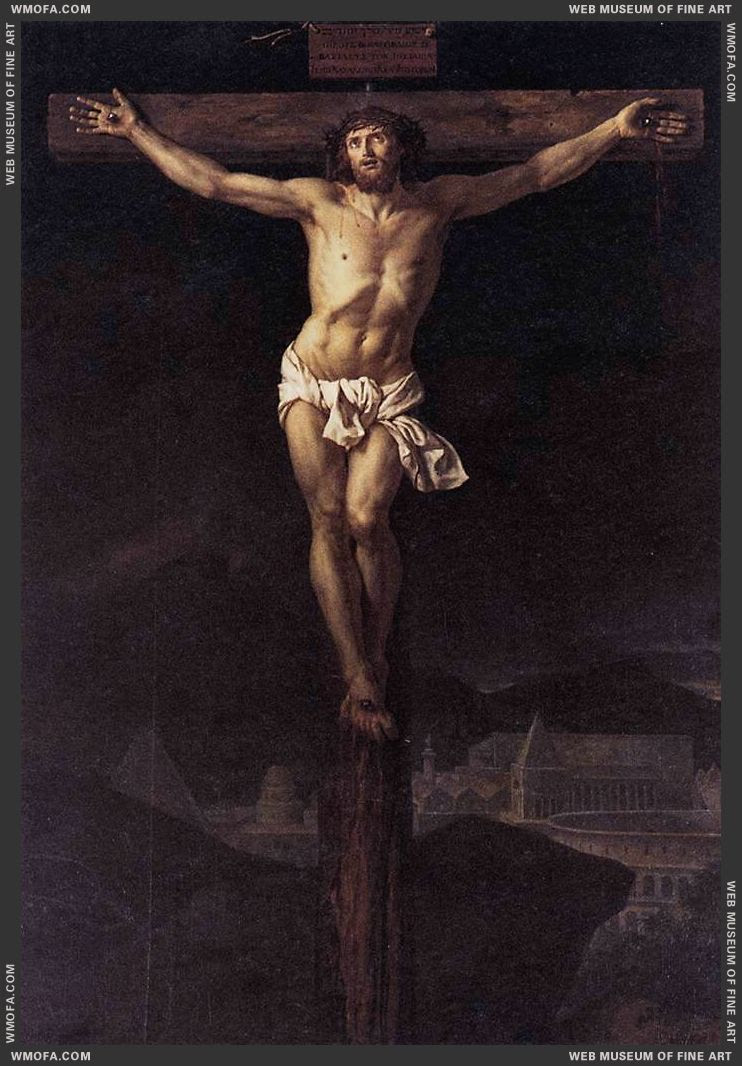 Now, Luther saw that righteousness is having a right relationship with God and that it can’t be secured by anything we do. He saw that while God does demand moral purity from us and that our sin earns us everlasting condemnation, God Himself took on flesh in the Person of Jesus Christ so that He could die in our place on the cross and all with faith in Jesus won't be condemned. Instead, God gives all with faith in Jesus forgiveness and everlasting life. That's what Romans means when it talks about salvation and salvation as God's gift to believers in Christ. Period.

Realizing all of this now, Luther, who studied in the tower of the monastery at Wittenberg had what was later called his “tower experience.” While studying God’s Word, Luther had an overpowering sense of the depths of God’s love for all of us--including himself. Coming to know that rigteousness is God’s gift which we can access when we turn from sin and entrust our lives to Christ, Luther said, was like having the gates of heaven thrown open to him! The faithful person would try to respond to the love of God given through Jesus Christ, of course. But, Luther knew, we can’t earn God’s love. It’s a gift called grace.

The once-neurotically ashamed Martin Luther became a joyful champion of the new life that God gives to all with faith in Christ. As he grew in the confidence he had in Christ and in God’s love for him, Luther grew bolder in sharing what he had learned about God from the Bible.

On October 31, 1517, he posted 95 theses--or propositions--for debate on the church door in Wittenberg. In those days, a scholar who wished to engage in discussion about important issues posted points on the doors of churches. Church doors were the Power Points, bulletin boards, or blogs of that time.

Luther’s theses were prompted by a common practice in the Roman Catholic Church of his day. The Church then taught that there was a place called “purgatory,” a sort of holding room that the dead supposedly went to between death and eternity. Purgatory was supposed to be a place where people were purified for entry into heaven. To raise money, the Church often authorized the mass sale of pieces of paper known as indulgences. These indulgences allowed people to buy hundreds or thousands of years out of purgatory for loved ones or even themselves.

Luther, certain that eternity was a free gift, was deeply offended by this practice. He would later say that if there were such a place as purgatory and the Pope, as head of the Church, had the capacity to free people from the place, he should do so out of simple Christian compassion and not accept a penny for doing so. 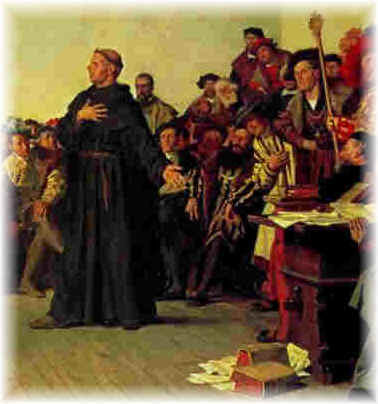 When Luther’s preaching against indulgences began to impact the bottom line on their sale, the Church went after him. At a gathering in the German city of Wurms, before the emperor, Luther was ordered to recant, or repudiate, all of his writings. He refused.

Ultimately, he came under what was known as an “imperial ban.” That meant that both the Church and the powerful Holy Roman Empire, a confederation of principalities and nations, agreed that if any one saw Martin Luther, he was to be killed on sight. Luther was labeled a heretic, a perverter of the Christian faith.

For the balance of his life, Martin Luther remained steadfast in proclaiming the God we see in Jesus Christ, the God of grace and God of glory. Among Luther’s last words were, “We are all beggars,” an acknowledgement that none of us is better or more important than others in God's eyes and that all with faith in Christ are the recipients of God’s charitable gifts: forgiveness and new life. We cannot earn them, but thank God, He loves to give them to those humble enough to surrender to Christ! Luther died in 1546. 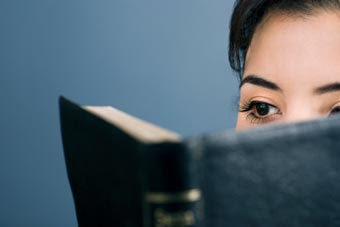 Martin Luther learned and then taught from God’s Word that our relationship with God and our freedom from sin and death don’t come from our works or from doing proscribed acts of ritual, religious or otherwise. These things come to us freely from a God Who, in Christ, shows us that He isn’t our enemy, but our very best friend.
Posted by Mark Daniels at 4:32 PM