So Be It Faith (some reflections)

Most mornings, I try to spend quiet time with God, using the format of "stop, look, listen, respond," explained here.

Today, I read Revelation 13, where God spoke to me most clearly in two verses. Here's my journal entry:

The verses here are the clearest words in the entire chapter. And their message is absolutely relevant for Christians living in any time.

Christians can expect to be shunned, marginalized, tormented, persecuted, and/or killed no matter the era.

The Christian Gospel with its insistence on God’s ultimate authority, salvation by grace through faith in Christ alone, the ethic of love for God and love for neighbor, and the truth of God’s Word will always encounter the enmity of the world’s beasts: our own sin, the sin of the world, the devil. (I’m not suggesting a one-to-one equation between the dragon and the two beasts mentioned in Revelation 13, by the way.)

Listen: Elsewhere in the Bible, Jesus warns Christians of persecution, while reassuring us of His ultimate victory for all who trust in Him, in John 16:33: “In this world you will have trouble. But take heart! I have overcome the world.”

And Peter tells we Christians that if we’re going to get into trouble with the government, for example, we’d better make sure that it’s because we’re being faithful to God, not because we’ve actually committed wrong: “If you suffer, it should not be as a murderer or thief or any other kind of criminal, or even as a meddler. However, if you suffer as a Christian, do not be ashamed, but praise God that you bear that name.” (1 Peter 4:15-16)

This isn’t to say that Christians facing persecution shouldn’t exercise common sense in protecting themselves or their loved ones.

Nor is faith equal to fatalism.

But the passage is saying that we cannot allow ourselves to:

(1) Become so fearful that we grow silent about our faith or shy about practicing it openly. Peter says elsewhere: “But in your hearts revere Christ as Lord. Always be prepared to give an answer to everyone who asks you to give the reason for the hope that you have. But do this with gentleness and respect, keeping a clear conscience, so that those who speak maliciously against your good behavior in Christ may be ashamed of their slander.” (1 Peter 3:15-16)

(2) Make the foolish assumption that sin and death won’t continue to do their worst in this fallen world. That’s really the point of Jesus’ words in John 6:33.

One of my favorite passages in the Bible is Matthew 24:12-13: “Because of the increase of wickedness, the love of most will grow cold, but the one who stands firm to the end will be saved.”

This is a call and command to keep following Jesus, to remain in fellowship with His Church, to continue to love God, love neighbor, and make disciples no matter what the trends, risks, dangers, or conflicting worldviews we encounter in the world around us.

In this world, we are “foreigners and exiles [called and commanded] to abstain from sinful desires [desires for things like acceptance, an isolated life, getting our own ways, ease], which wage war against your soul” (1 Peter 2:11).

This is hard to remember, but this world is not our final destination. My call as a follower of Jesus is to remember that daily and seek to help as many others to follow Jesus into a life with God as I can.

Respond: God, help me to live for You alone and not for the commendations of the world. Help me to focus on my ultimate destination, not so that I become careless about this world, but so that I can love this world all the more, even in the face of patronizing, condescension, hatred, hostility, indifference, persecution, for my faith. Help me to stand firm with You no matter what. In Jesus’ name. 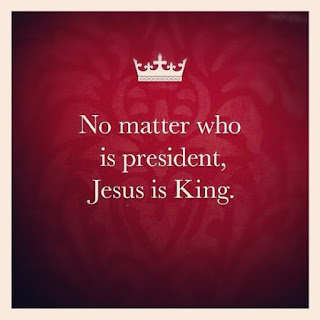