Herbstreit is Right: Normal Won't Likely Be Here for A While

Centerville, Ohio product Kirk Herbstreit is obviously listening to the medical experts. Herbstreit, one-time Ohio State quarterback and a long-time college football analyst for ESPN, says he doesn't think that either college or pro football will be played this year.

Barring a miracle, it will be many months before we can resume anything like a "normal" life. A vaccine likely won't be perfected until June of next year and vaccinations won't probably be widespread until late 2021.

The experts say that different regions of the country may be able to come out from under shelter-in-place and social distancing orders and advisories as 2020 unfolds.

But national policy will have to stipulate that if new outbreaks arise in those opened-up areas, new shutdowns will happen.

Again, barring a miracle for which I daily (hourly) pray, the shutdown is likely our way of life for a while.

The 1918 Spanish Flu pandemic, which infected 500-million people (about a quarter of the earth's population then) and killed millions, is instructive for us, I think. In the early part of the year, the illnesses and fatalities began. When the summer arrived, the numbers of new cases went down and people more confidently interacted with others. But in the fall, the illnesses and deaths came roaring back with terrible ferocity.

Absent a vaccine, this could be our experience as well. But, as we're already seeing here in Ohio, we can "flatten the curve," that is, diminish the rapidity with which the flu is being passed from person to person and save many lives, with shutdowns, hand-washing, and social distancing.

I salute all on the front-lines of battling our common enemy, the coronavirus: doctors, nurses, other health care workers, first responders, epidemiologists, public health officials, and elected leaders.

Thanks also go to those who work in hospitals, drug stores, and grocery stores, truckers and others in the transportation industry, and everyone else who keep the essential goods and services in our country going right now.

Pray for a miracle. Prepare for the worst.

[See 'This is How We Can Beat the Coronavirus Epidemic' from The Atlantic and here.] 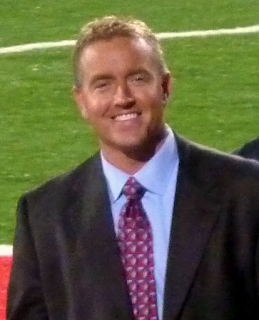