Senator Boxer, Did You Mean to Be Bigoted? 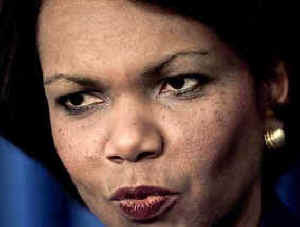 President Bush's speech announcing the so-called "surge" of 25,000 additional troops in Iraq should have engendered a serious-minded debate in Congress and the country. In many ways it has.

But California Senator Barbara Boxer put her foot in her mouth the other day when, as a member of the prestigious Senate Foreign Relations Committee, she allowed her questioning of Secretary of State Condoleezza Rice to move from aggressive to insulting. As The Washington Post reported:

Sen. Barbara Boxer, D-Calif., noted Rice has no children of her own to lose overseas. "Who pays the price?" Boxer repeatedly demanded. "You're not going to pay a particular price," she told Rice, because the secretary has no "immediate family" at risk.

Boxer was making clear reference to the fact that Rice is single and childless.

Now, it should be said that there is resentment among some parents of children in the military or children of military age toward the architects of the Iraq War who either have no children of such an age or whose children stay away from military service. They're represented by a woman quoted in Wednesday's Cincinnati Enquirer:

President Bush's plan is too much for Donna K. Tumbleson of Felicity. Three years ago, she sent her son - a soldier in the 216th Engineer Battalion - off to Iraq for 14 months of war. If the president wants to send more young Americans to Iraq, Tumbleson said, "let Bush's own daughters lead the way."

But Boxer's comments to Rice were, as her comments often are, tone deaf, seemingly reflective of a widespread prejudice in American culture. In fact, it's a prejudice I was discussing with a friend a few days ago, before Rice's appearance before the Senate committee. It's the prejudice many people blessed with children seem to have toward the childless. These folks often regard those who've been unable to have children as second-class adults, devoid of the normal complement of human emotions or even intellectual capacity. I see these prejudicial attitudes toward the childless all the time.

To think that a childless adult is incapable of empathy or concern for the young people who may be sent to war is unfair.

My belief in this regard springs from personal experience. My childhood experience was enriched by the involvement in it of a great-uncle and great-aunt who never had children. I saw them often. Occasionally, as I grew up, we visited my Uncle Marty at the local firehouse, where he served as a lieutenant. On Christmas mornings, he and Aunt Nina would come to our house with gifts for us that Santa had dropped off at their house. I still have the huge BuddyL firetruck that Santa left with them one year. I was married just a short time when Marty died. But I remember being interested in his opinion of my future wife on the day I first introduced her to the family and being pleased when he told my mother that he liked her and thought that I would marry her. I remember sitting in the hospital with him on the day he passed. Losing him was like losing a beloved grandfather. That was the level of care he exhibited for all of his nieces, nephews, great-nieces, and great-nephews.

The point is: There's no doubt in my mind that a childless couple or a childless person can care about what happens to other people's children and it's deeply disturbing to hear a high public official give vent to one of the silliest and least defensible prejudices there is.

There are plenty of other reasons that Barbara Boxer can oppose the surge in Iraq. Even hard right conservatives like Sam Brownback and mainstream Republicans like Chuck Hagel do, for crying out loud. But it was unnecessary, silly, and maybe even cruel for Boxer to say what she said to Condoleeza Rice the other day.

[For another take on this topic, see here.]

[Thank you to both Glenn Reynolds of Instapundit and Eric of Classical Values for linking to this post.]

[UPDATE: Just by way of clarification--although I thought it was clear enough in my original post, the prejudice against childless adults is felt not just by women, but also by men. That's why I used the term adults and it's also why I spoke of my childless aunt and uncle.]

[THANKS ALSO TO: The Economist.com for linking to this post.]

[UPDATE: While I think that Boxer, intentionally or not, gave vent to a prejudice that exists against childless adults, I find no reason to accuse her of race- or sex-baiting. What I found irksome about Boxer's comments was the assumption that childless adults are incapable of empathy or concern for children or their families. I felt the same way about her comments that I felt toward the irresponsible article in The New York Daily News which implied that John Edwards was a hypocrite because, as a person of wealth, he apparently was incapable of empathy or concern for the poor.

To me, in these two instances at least, Boxer and The News are cut from the same cloth. Both made illogical leaps, reflective of their own prejudices and that sought to do damage to people's credibility simply because of the conditions of their lives.]
Posted by Mark Daniels at 10:14 PM

I think the larger issue here is dealing with people who think that the people who signed up for our Armed Services - an ALL VOLUNTEER FORCE, I will remind you, are somehow in need of Bab's special protection - or Windy Cindy's.

These young adults make a choice. They CHOOSE to go into the service. They honorably CHOOSE to be part of America's battles.

Yet somehow, Babs and company have portrayed them as stupid, wayward puppies who really didn't want to do what they did, so they need Babs' own special form of protection. (And one wonders with John F. Ketchup(kerry)) gets his jokes from. Apparently it's a California thing.)

I can think of no bigger insult to someone in our Armed Services than to have to spend the rest of their service days living inside Babs' poisonous embrace. God Help Them.

And as to the "Bush's Daughter" comment, it smacks of the same brainrot as the rest of the discussion.

If the Bush daughters DO NOT WANT TO JOIN THE SERVICE, THEY DO NOT HAVE TO. It's an all volunteer force -- remember? They don't HAVE to do anything.

And sometimes... perhaps... they choose to get the hell away from their screeching uber-lib whack completey undiagnosed mentally diseased mothers. Even if it means they may get killed.

Yes, I mean you Cindy.

Thank you for speaking to the greater issue. Yes, Boxer's comments to Rice were tacky and illogical, but Rice wasn't the only person being insulted that day.

As you pointed out, childlessness is not strictly a "women's issue". Anybody who's been through the infertility treatments and endless rounds of paperwork for adoption knows the pain of a 'child not there' regardless if they are male or female.

I've even had friends, with children, speak of 'the one not here yet'. Although all there children are present, they still feel that one is missing.

And therein lies Boxer's error ... Rather than speak about policy - that wasn't only her right to do, but her responsibility - she chose to lecture on "feelings" and still got it wrong.

Maybe Senator Boxer would benefit from a discussion with Senator Clinton - who claims "It Takes a Village to Raise a Child". Does Boxer honestly think that only people with children are Boy and Girl Scout leaders, camp counselors, drama class instructors, etc, etc, etc.? Or does she think the childless people in those positions aren't human enough to care for those they lead?

One final note - thank you for your story about your great-uncle and great-aunt. I am also a great aunt and childless not by choice. If I have even one of my crowd of nephews/nieces and/or their offspring say something half that nice, I will consider my life well lived.

Does this mean that Democrats will change their position on abortion?

You don't really have to love a child, and if you've got Boxer's and Pelosi's money you can leave their upbringing to nannies, but they do give you great leverage in political discussions.

It amuses me that these two great defenders of women's choice, which generally means aborting children so that you can have a career, are now trumpeting their motherhood and grandmotherhood as proof that they, like Mother Sheehan, have greater moral authority to than non-breeders and therefore are right about the war.

I might point out that there were children on board the hijacked airliners on 9/11. Following Boxer's skewed logic then only Americans with children have the right to mourn or have an opinion about 9/11?

All of us are at risk any time, any where; including Boxer's privilaged progeny.

Today is a fitting day for people of color and women to look more closely at the Democrats and how easily they slip back into old habits of sexism and race baiting.

I might point out that there were children on board the hijacked airliners on 9/11. Following Boxer's skewed logic then only Americans with children have the right to mourn or have an opinion about 9/11?

All of us are at risk any time, any where; including Boxer's privilaged progeny.

Today is a fitting day for people of color and women to look more closely at the Democrats and how easily they slip back into old habits of sexism and race baiting.