When our kids were growing up, we usually tried to spend some time with them reflecting on the meaning of holidays, secular and sacred. Often, that would include watching movies or TV films that helped them to understand that these special days were more than just time off from routine activities or to gorge ourselves.

That was true of the Fourth of July as much as other special days. I find that watching these and other films, along with reading books on American history and the American political system, contribute to my being a more informed and appreciative citizen.

So, in no particular order, some of my favorite movies for conveying a bit what America is, has been, and aspires to be. 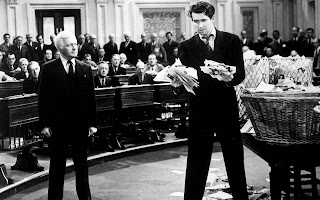 1. Mr. Smith Goes to Washington. This classic tells the story of a young midwesterner appointed to fill the unexpired term of a deceased senator. He runs into the corrupt pols of his own state as he upholds constitutional democracy, though. Interestingly, the tool he ultimately uses to take on political corruption is the filibuster, a Senate practice that has often been used to prop up segregation and racism. This movie was controversial when released in 1939. People thought that it portrayed the Senate as crass. But in the end, it upholds the virtue of our constitutional system. 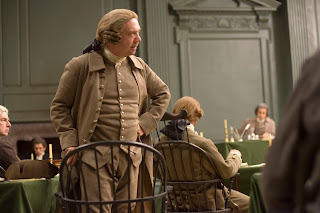 2. John Adams. This Tom Hanks-produced adaptation of David McCullough's majestic and accessible biography of our second president, is simply wonderful. John Adams was always something of a contrarian. But his is the Horatio Alger story of a man of humble beginnings who read and worked his way to greatness, becoming one of the titans of America's founding. This mini-series is worth your time! 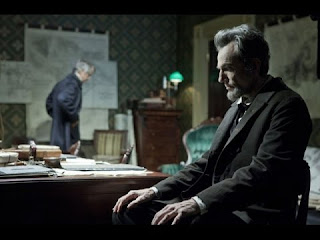 3. Lincoln. When I first saw Daniel Day-Lewis portraying Lincoln in the days before his assassination, I drew in breath as though seeing Lincoln himself come to life. From all that I've read about Lincoln through the years, I recognized the accuracy of the actor's portrayal of our sixteenth president: the lumbering stride, the high-pitched speaking voice, the morosity intermingled with hilarity. More than that, I saw the character of the man.

Above all, it's character, the character that knows right from wrong and that learns from experience, that makes great presidents.

Lincoln had to address the gravest constitutional crisis in American history, the Civil War. That conflict was started by rebels who assaulted their own government and countrymen in defense of an immoral institution, slavery.

The movie shows Lincoln as he upheld the principles that, (1) except on sound moral grounds, the Union was and is inviolable and (2) all are created equal.

In turn, it's clear that Lincoln understood the two fundamental principles of American democracy, the source of American exceptionalism: (1) The affirmation of the equality and right to freedom of every human being, which is (2) guaranteed by our mutual accountability under the Constitution and law.

This is an awesome movie! 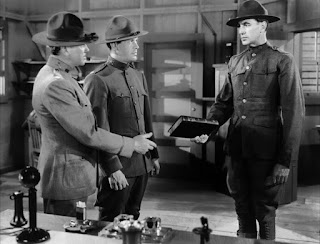 4. Sergeant York. Yes, it has its historical inaccuracies. Yes, it's filled with stock characters. But, what a movie! 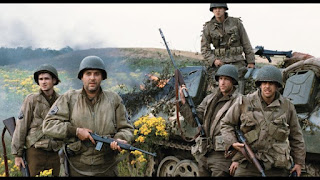 5. Saving Private Ryan. The second of two Spielberg movies on my list (the other is Lincoln), Private Ryan tells the fictional story of a mission designed to rescue a family's last surviving brother after his siblings have been killed in battle. This is more than an homage to what's been called "the greatest generation." The D-Day sequence is, according to many who were there, the most realistic (and the most haunting) portrayal of that battle ever.

This movie is a challenge to all Americans to live up to the sacrifices their forebears made--and not just those who fought in war--to give us our country intact. 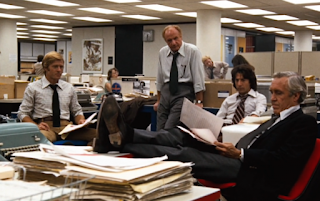 6. All the President's Men. Bob Woodward and Carl Bernstein investigate the gravest American constitutional crisis since the Civil War.

The movie affirms what President Ford said on succeeding his disgraced predecessor, Richard Nixon:  "Our Constitution works; our great Republic is a government of laws and not of men."

It also affirms the indispensability of a free press for the proper functioning of the American constitutional system. 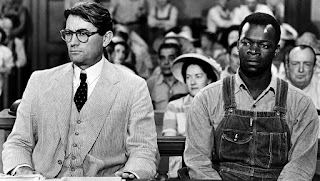 7. To Kill a Mockingbird. This poignant film explores the stubborn disgrace of racism in America and the need for people of principle to combat it. The characters are vividly real. The film is an incredible adaptation of what may be the best American novel ever. Children who haven't seen it will love this movie!

8. Finally, watch every episode of the PBS series, The American Experience, that you can. This ambitious series lives up to its name, showing everything about America: the good, the great, the bad, the ugly.

If we and future generations are going to do our parts in fulfilling our constitutional calling of forming "a more perfect union," it's important to know where we've been, the great themes and principles of American democracy, and how this country is worth the effort.

As President Kennedy wrote in the introduction to a multi-volume encyclopedia of American history, which my parents faithfully bought for me each time a new book was issued: "A knowledge of the past prepares us for the crisis of the present and the challenge of the future."

[Blogger Mark Daniels is pastor of Living Water Lutheran Church in Centerville, Ohio. He also has a bachelor's degree in Social Studies from The Ohio State University and had the good fortune of being raised by parents who encouraged an interest in history and the possibilities of America.]